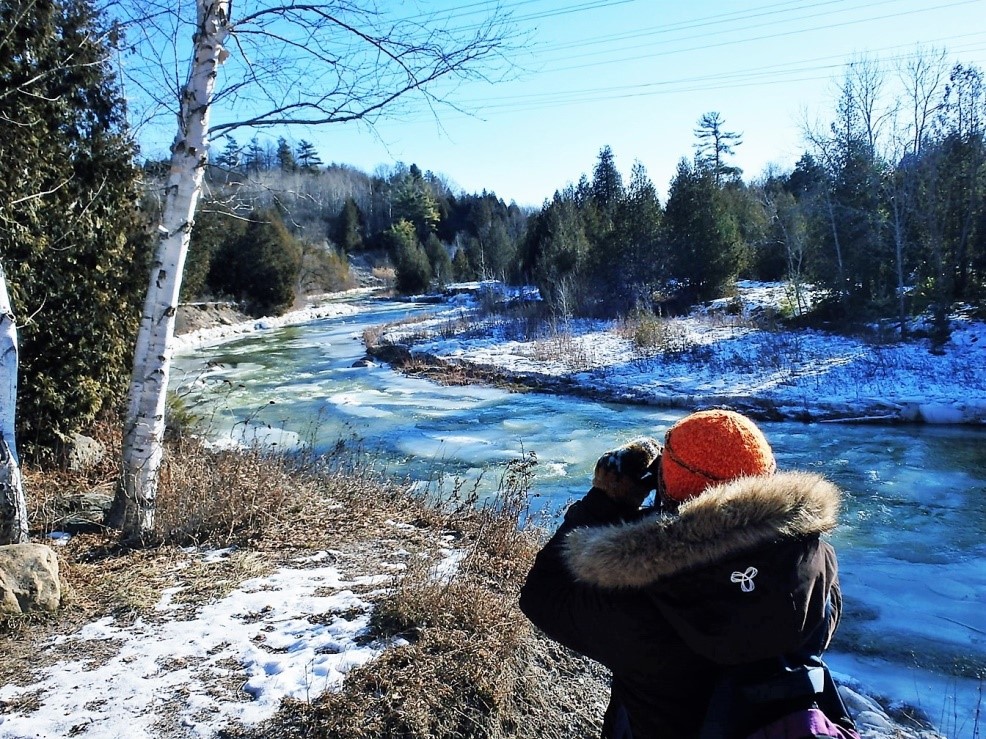 Nothing gets between me and Sunday breakfast with a pot of organic, fair-trade coffee, the paper, and absolutely no one around. It’s my sacred time, and pity the poor soul who disturbs it!

But last winter, I got up before 6am, skipped the paper and coffee, pulled on layers until I could hardly move, and drove with my sister and a friend down a deserted 401. Our destination was Rouge Park, Canada’s first Urban National Park and a jewel of Ontario’s Greenbelt. We were heading to a Winter Bird Count—trading our urban comforts for a day to engage in some citizen science and get back in touch with winter.

A sturdy buckle in the belt

On a colour map, Rouge Park and its namesake river, which wends down to Lake Ontario, show up as a green corridor slicing down a lot of urban pink. Like a prong firmly secured in the Greenbelt’s buckle, Rouge Park holds back Toronto’s bulging belly, separating the city from neighbouring Ajax and Pickering.

Rouge Park protects a stunning primary forest, regenerating woodlands, grasslands, wetlands and other sensitive ecosystems. It is home to a wealth of plant and animal species, many of them increasingly endangered.

The Greenbelt also protects an endangered way of life: farmers in the Greenbelt send produce to Toronto’s markets and plates. In a word, the Greenbelt is security: security of our food supply, our water supply and our biodiversity.

Spirit of the wild

On that early morning, it was -12C, or -20C with the wind. We arrived early and waited in our warm car for the other volunteer bird-counters. Soon after, we met our unflappable guide, section leader and bird expert for the day, Leonardo Cabrera, ecologist at Parks Canada.

Leonardo laughed off the cold and kept us entertained throughout the walk. In fact, his enthusiasm was infectious and became our main source of warmth. He showed us how to train our senses to detect the hidden presence of birds in winter: the undulating flight of Black-Capped Chickadees darting between shrubs, the ululating challenge of a Belted Kingfisher defending its territory in a bend of the river, and a crow clacking its beak on the far side of a frozen field.

Although our section had the lowest number of birds and species, we did score one of the highlights of the day when Leonardo sighted an endangered Northern Shrike. For a timeless moment that may have lasted 5 minutes or 15, the world stopped turning and our city was just a faraway dream. We trained our binoculars on the shrike—this beautiful, fierce spirit of the wild—perched on a tree top some 50 metres away. Shrikes are both a songbird and a bird of prey, and are famous for their habit of impaling their prey on a thorn or barbed wire for snacking later.

A song of ice and wire, you could say.

Devil’s in the data

After a hot lunch courtesy of Parks Canada, we gathered with the other sector groups to tally up our bird sightings. All morning, Leonardo and ten other section leaders, followed by an army of over a hundred volunteers, had fanned out across the Rouge to gather the data that forms the basis for the annual Winter Bird Count.

Some of us had a passing acquaintance with bird-watching. Some could not tell a house sparrow from a lawn ornament. But by the end of the day, we had sharpened our birding skills and amassed enough data to give a clear picture of winter bird life in a part of the Greenbelt that is right inside Canada’s largest city—and the reality is far from the desolation that many people imagine winter to be.

In a single morning, we tallied an amazing 4,806 birds comprising 60 species, with notable sightings like a Barred Owl, an Eastern Screech Owl, Bald Eagles and, of course, our Northern Shrike. 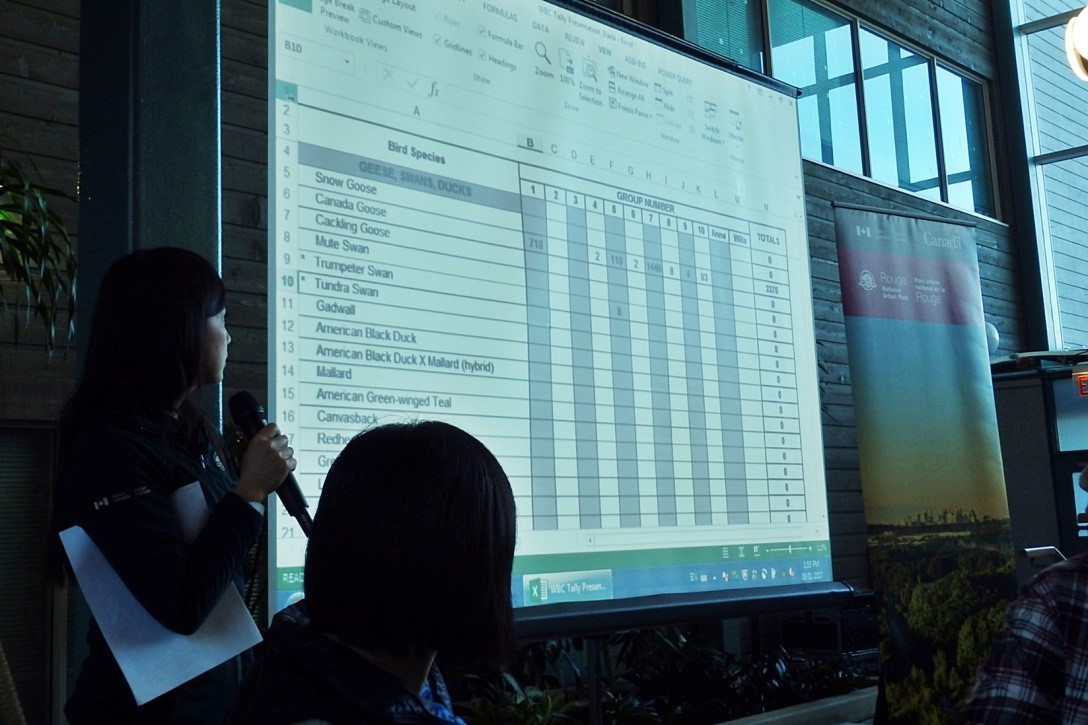 In the city, it can feel like life just stops in winter. The fact that some 5,000 species of birds call Rouge Park home in January (a typical tally for this time of year) is proof of the rich ecosystem that exists year-round on Toronto’s doorstep, and proof of its importance to our growing city.

Imagine if our Greenbelt was made larger with the addition of the proposed Bluebelt to safeguard the GTA’s waterways: how much richer would our regional biodiversity be?

Our Greenbelt also functions as our local antidote to “nature deficit”, this most modern of urban afflictions. We city dwellers are increasingly cut off from nature. Our society doesn’t tend to prioritize connection to the natural world.

Our estrangement from nature leads to declining physical and mental health indicators and an alarming lack of understanding of nature’s crucial role in the continuity of life in the GTA. To rekindle our sense of wonder in the natural world, we need to realize that our own wellbeing is intimately tied to the wellbeing of our natural spaces. Once that realization kicks in, we must commit to protecting these wild spaces for future generations.

For me, realizing that the Greenbelt is home to so much bird life, even in winter, was significant. Counting birds was like counting the reasons why growing our Greenbelt is good for the GTA. You could also count the many deep breaths of clean, fresh air that you will be taking on your next trip into the Greenbelt.

Whatever you plan to do, challenge yourself to let it get between you and your comfortable routine.