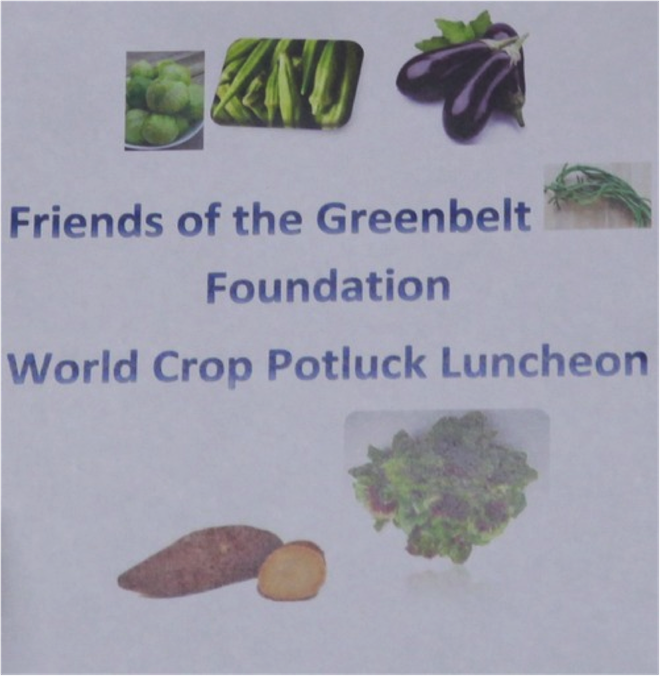 I am fortunate to work with a great team of people at the Friends of the Greenbelt Foundation. On Wednesday, October 10th we held a World Crops potluck lunch which turned out to be a great success! 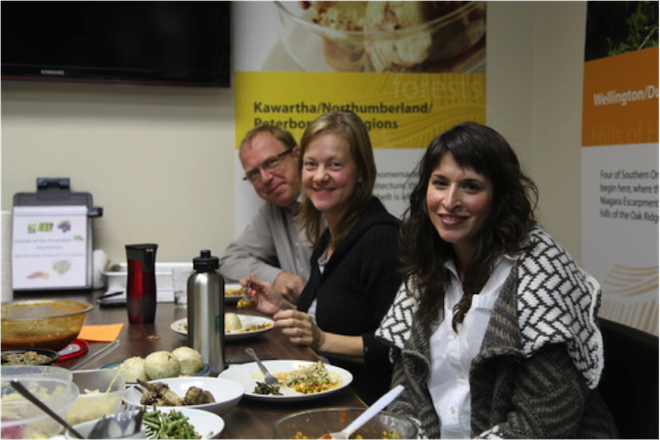 The idea behind the potluck was to have fun and to create awareness about the different ethno- cultural products from around the world that are being grown right here in Ontario's Greenbelt. By learning how to shop for and cook these vegetables, it supports Greenbelt farmers who are vital to a thriving local food system, it contributes to our local food economy, and it expands culinary horizons (there were definintely some things I had never tried before). 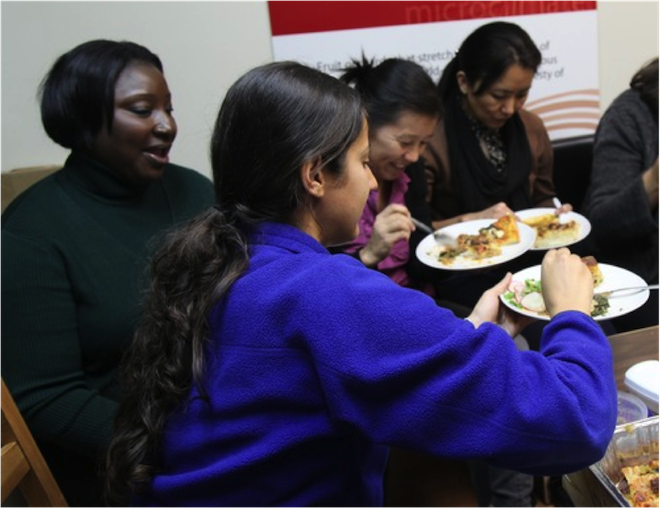 The dishes featured were diverse and loaded with flavor! Fresh and delicious produce that is orignally grown around the world but now grown in the Greenbelt! Everything was prepared by our staff members who turned out to be a group of passionate, talented, and agile chefs!

We had dishes that consisted of Greenbelt-grown bok choi, yard long beans, tomatillo, okra, gai lan, eggplant and amaranth leaves. Some recipes used came from Emily Van Halem’s book Eat Local, Taste Global. If you haven't seen the booklet yet, you can pick yours up at the Stop Community Food Centre or download some recipe cards and watch videos here: http://bit.ly/KTMPI3 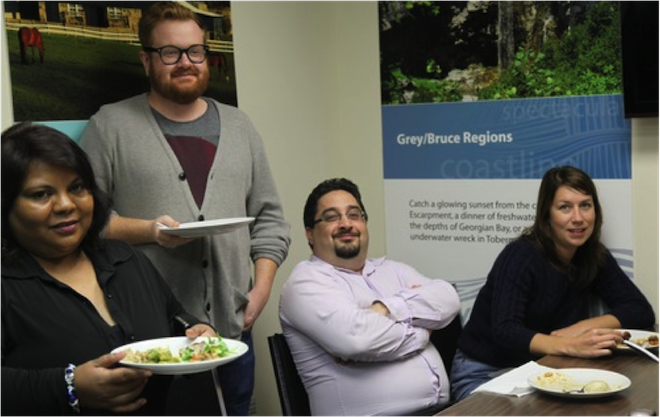 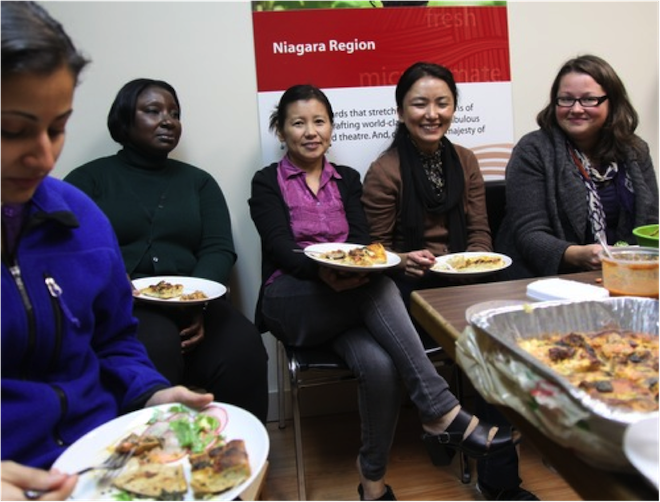 I am hoping to organize another one, as as food is great way to bring people together. With the world crops potluck, we also had a chance to sample different cuisines from around the globe without leaving the office. I encourage you to have a Greenbelt-grown world crops potluck with your staff - it was a hit with ours!