Biodiversity In The City 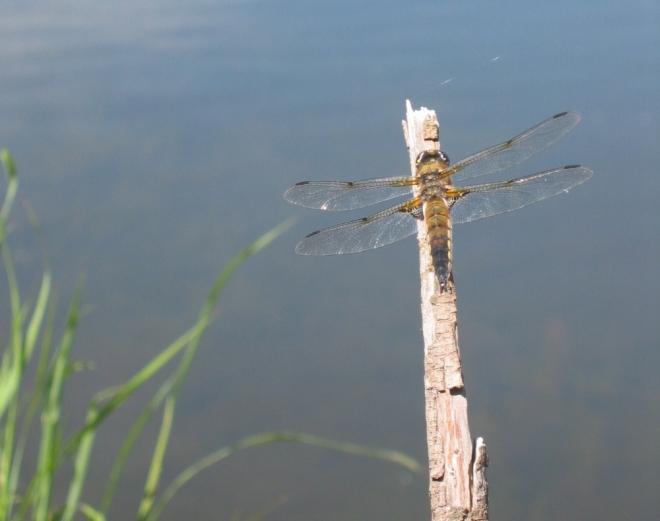 Recently, I was invited to speak at a conference panel looking at biodiversity in the city. The 150 delegates were keen on learning new ways of thinking about biodiversity issues in the urban environment, as well as looking ahead on how to build the relationship between humans and other species sharing the urban spaces.

I must admit I cannot identify many species of fauna or flora at all since I’m not an expert on biodiversity; nor do I understand much about biodiversity policy, nor do I claim to have any knowledge of current affairs relating to important species protection issues.  So my remarks were not based on any expertise but rather on three personal observations.

Before I made the three observations, I reminisced about my fortune in living at a ravine that leads into Toronto’s High Park and how I have quite a bit of biodiversity in my backyard as a result. In fact, I never knew how many different insects live here until moving into that home six years ago. And living with three daughters, I find myself often killing the insects because of the girls’ discomfort of having them in their bedroom or on the kitchen table.

My three observations started with our use of language when we talk about species diversity and its importance.  The experts, policy folks and endangered species scientists often use language inaccessible to most urbanites. I remember work on public opinion research in the 1990s on this issue, and it found that most people do not know what the term ‘biodiversity’ actually means. And some were “offended” by it, so they said “it sounds like a government program and I don’t like it.” So for those that strive to embrace the web of life as an important policy agenda, they should perhaps think about the choice of language in bringing about better understanding, greater appreciation, and more protection for our fellow critters.

My second observation was that our infrastructure in the city is often dominated by concrete, by steel, and by materials that need constant maintenance and rebuilding. But much infrastructure can be built with so-called “green infrastructure.” They include things like:

My final thought was an observation that rings true for many different issues. There tends to be an earnestness with those that are devoting their lives to increasing or managing species diversity. This earnestness makes it difficult for urbanites to embrace their meaning. In other words, let’s be less earnest and have more fun. Let’s be more open to having a conversation about these issues that elicit not a doom-and-gloom attitude, but a can-do attitude.

The panel was well-hosted by Mark Kingwell and enjoyed a good reception, and I look forward to seeing more species diversity in my city, even if I have to occasionally crush an insect….