BUILDING ON OUR ASSETS

Posted by Burkhard Mausberg on September 26, 2014 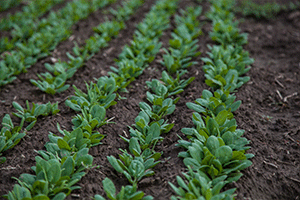 While there are many gains to celebrate, it is also time for the province to begin its legislated review of the three plans that make up the Greenbelt. While any birthday is time for reflection, a 10th birthday is notable and an important time for review.

The Greenbelt Act and Greenbelt Plan were passed with much fanfare in 2005. While there was some loud opposition especially from affected landowners and some municipalities, the plan received significant support from conservationists, planning experts and the public.

Since then the Greenbelt has enjoyed huge public approval. It is consistently the government’s most popular environmental initiative garnering more than 90 per cent support.

Did the 2-million acre Greenbelt live up to its expectations? I suggest an unqualified “Yes.”

Over the last nine years, the Greenbelt land has continued to stay productive, natural, and green: the area generates healthy food, cleans our air and filters our water. It continues to function as a habitat for wildlife and recharges its vast aquifers and Lake Ontario. And every year the forested areas of the Greenbelt alone have offset the emissions of 27-million cars.

While it is impossible to determine exactly what would have happened without the Greenbelt plans, extrapolating from pre-Greenbelt business-as-usual data shows that the immediate area surrounding the Greater Toronto Area would have lost much of the productivity and ecological services that characterize it today. Without the Greenbelt, the province would have been in a position to lose an estimated 264,000 acres to urban expansion by 2031 (an area twice the size of the City of Toronto and an eighth of today’s Greenbelt). This includes 244,000 acres of highly productive Class 1 (69 per cent), 2, and 3 agricultural land being replaced with single family, low-density housing in areas with poor access to transit systems.

This form of development would have added to the pressures of auto dependency, such as increased commute times, increased costs to the taxpayer to build and maintain roads (an estimated $1.4-billion a year), increased traffic accidents and a 41 per cent increase in greenhouse gas emissions, with a corresponding decrease in local air quality.

The Greenbelt addressed a growing frustration with the land use planning in southern Ontario. Starting with the Oak Ridges Moraine protection, Ontarians asked for better regional planning. They recognized the negative impacts of poor development and the loss of green space and farmland.

That need for better planning is also reflected in people’s understanding of the benefits of the Greenbelt. Consistently, in public opinion research commissioned by the Greenbelt Foundation, the majority of respondents highlighted water protection as the main benefit of the Greenbelt. People are making the link between land and water: protect the land and benefits to water quality will ensue.

The Greenbelt has acted as a catalyst to change the food supply chain. There has been an explosion of interest in local food in southern Ontario. And that makes sense. If we are asking farmers to keep their land in production and not have it paved over, shouldn’t we eat what they grow and raise? That’s exactly what has happened: restaurants and retailers offer more local food, farmers’ markets have doubled, public institutions like hospitals and universities are localizing their menus and VQA wine sales have doubled in the last five years.

This change from farm to fork continues. Queen’s Park passed a Local Food Act in 2013, municipalities are implementing local food procurement policies and at Canada’s biggest food trade show Ontario was featured as its largest exhibitor. I wonder if southern Ontario would have been a world leader in this area if it hadn’t been for the Greenbelt?

The Greenbelt did not create destinations. The area’s many tourism opportunities existed well before the land use plans came into effect. Hiking, skiing and biking are possible throughout the Greenbelt, which features the largest network of trails in the country. Add to that the many agri-tourism features, aboriginal sites, historical spots, cultural establishments and you have yourself a smorgasbord of family activities.

Moreover, the Greenbelt provides significant economic opportunity. McMaster University Professor Emeritus Atif Kurbursi calculated that the area enjoys an economic impact of $9.1-billion every year. This includes the output generated through land-based activities such as farming, tourism, fishing and hunting, and selective logging. With its 161,000 full-time jobs, the Greenbelt provides more employment than the combined fish, forestry, mining, quarrying, and oil and gas extraction sectors in Ontario.

All this adds up to a quality of life that is the envy of many. When asked, roughly 50 per cent of Ontarians say that the Greenbelt is extremely important to them personally.

Infrastructure projects such as the 407 highway extension and the Holland Marsh electricity-generating peaker plant are at odds with the goals of supporting a working countryside and enriching ecological goods and services. The Oak Ridges Moraine Conservation Plan, the Niagara Escarpment Plan and the Greenbelt Plan all have different definitions, policies and governance structures that are challenging for planners, developers and citizens. Allowing aggregate extraction in natural heritage areas, when much of that resource is available elsewhere, still needs to change.

Despite those imperfections, which many hope to address during the 2015 review, the Greenbelt has sparked changes in the food system, maintained ecological treasures, provided economic benefits and jobs, and continues to allow families to spend time together with many enjoyable activities. The public understanding and support shows a keen desire for permanently changing our historical development patterns.

Simply put, the Greenbelt is a solution. It has acted as an example and inspiration to other jurisdictions, has won international recognition, and remains a profound statement of hope now and for the future.