Raise a Glass to Greenbelt Brews and Ciders this June 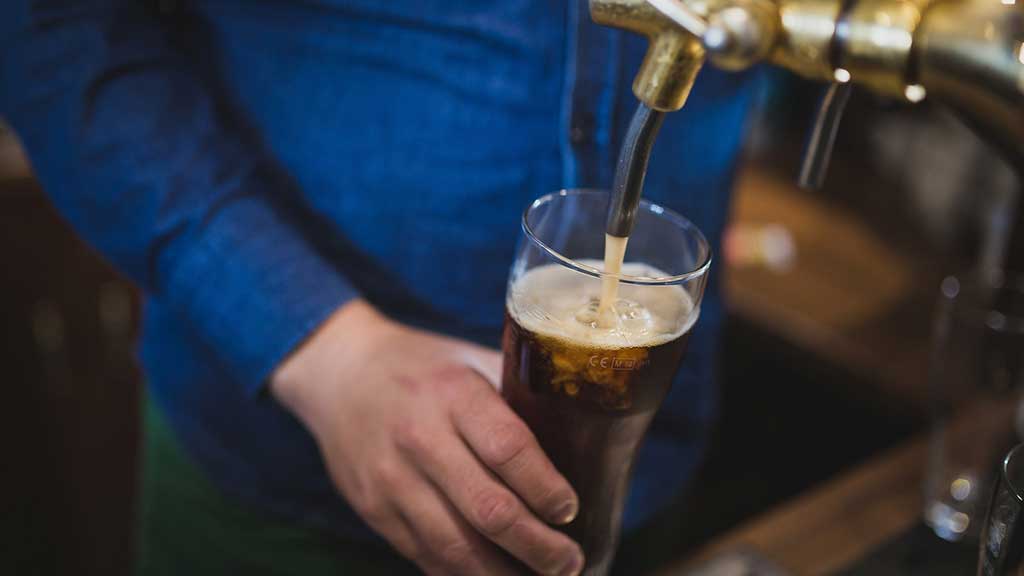 June is a busy month for brewers in the Greenbelt! Ontario Craft Cider Week is on from June 1 – June 8 followed by Ontario Craft Beer Week from June 9 – 17. It's the perfect time to celebrate the growing “craft” scene in Ontario by raising a glass of some of finest quality libations out there.

Breweries in the Greenbelt

Ontario is host to 200+ craft brewers that use fresh ingredients including barely, fruit, hops, and even maple syrup to brew great beer. They may be small independent brewers but they make a big impact with about $150 million in annual tourism revenue and a whopping $1.4 billion in total annual economic impact! The hop growing industry is expanding in Ontario too, thanks to the growing demand for craft beer in Ontario. Case in point, in 2012 there were only five hop yards in the province but by 2016 that number grew to 80, to supply the booming industry.

The craft brewers use of traditional brewing methods, coupled with some non-traditional ingredient experimentation, delivers beer that tantalizes your taste buds and that support the ever growing craft brew scene in Ontario.

Find your favourite Greenbelt craft brewery here in Greenbelt Explore. If you’re looking for a full list of craft brewers, the Ontario’s Craft Brewers Association has a list you can check out here, so you never have to wonder if you’ve tried them all.

Cideries in the Greenbelt

The cider scene has grown in recent years from one Ontario craft cidery in 2008, to 34 in 2018. Greenbelt Explore will take you the Greenbelt cideries in your neck of the woods, but can also find a list of all cideries through the Ontario Beverage Network and members of the Ontario Craft Cider Association here. These cideries have gone on to win gold medals in the world’s biggest competitions and it’s not surprising they win, since most opt to use local apples from one of the 240 apple growers in Ontario. When it comes to using pears for creating crisp, cool, tasty cider, well the Greenbelt grows 64.8% of the province’s pear share.

Desperate to visit some of these craft brewers? You’re in luck!

The Greenbelt Fund has launched this year’s Brewery Discovery Route just in time for June! With 9 curated tours around Ontario and the Greenbelt you can discover many of these amazing breweries and cideries, along with restaurants, distilleries, farmers’ markets, and more. 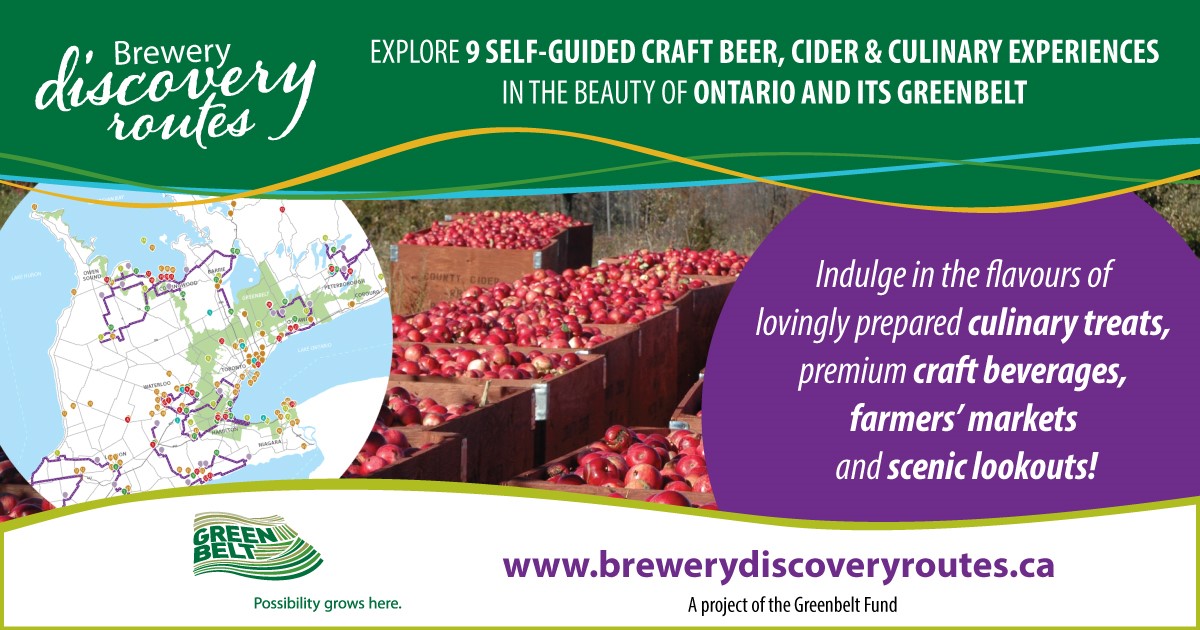 -Engagement and Digital Media Assistant at Friends of the Greenbelt Foundation