Posted by Burkhard Mausberg on January 08, 2014 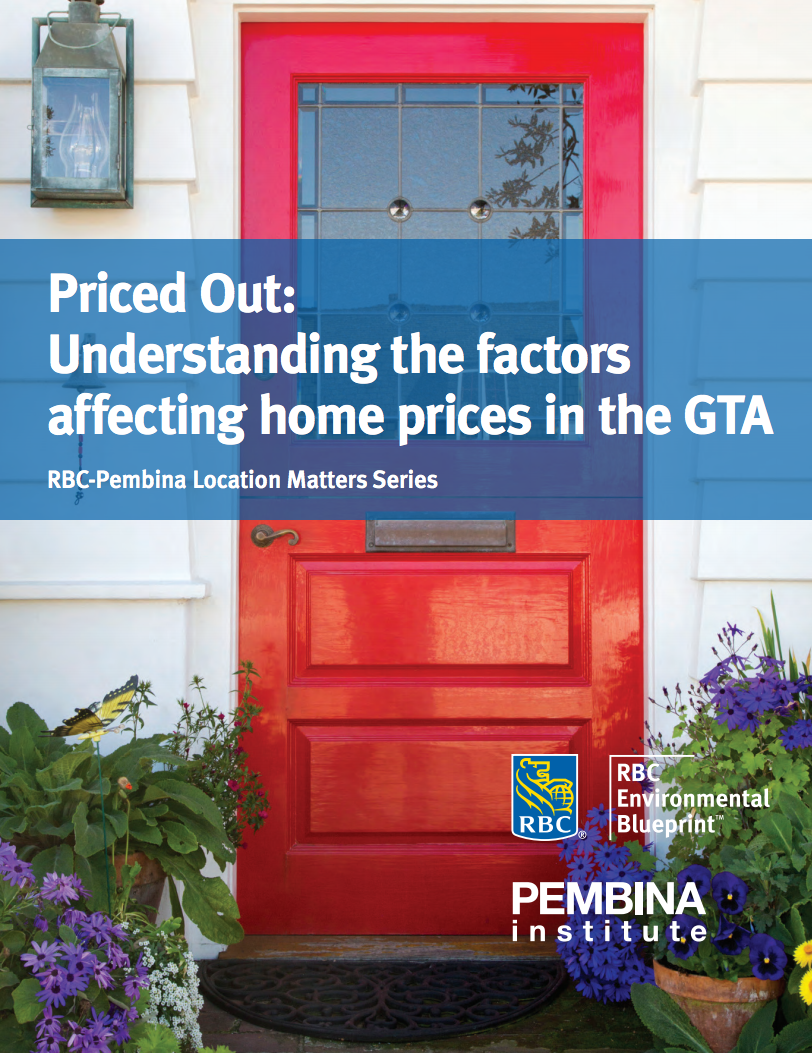 The holiday season, with its many opportunities to make merry, was inevitably full of chatter about the issues of the day. Discussions ranged from the antics at City Hall, to extreme weather, to the climbing cost of gas, condos and houses in the Greater Toronto Area. Perhaps it was the rum and eggnog that loosened lips, letting those that own homes dream of future riches, or perhaps it’s become a new norm to muse about Rob Ford and house prices at social gatherings.

Regardless, housing prices have been on a steady increase for over a decade. The latest numbers say it all: on Monday, the Toronto Real Estate Board reported that the average price of homes that sold over the Multiple Listing Service in December was $520,398, up by almost 9 per cent from the average selling price a year earlier. This is up from about $300,000 ten years ago.

But why has the cost of homes become so high? Some would have you believe it is a result of “restricted land supply”: a misleading catchphrase against the popular Greenbelt that could be read as an ominous intent to build subdivisions on prime farmland and natural areas. Simply put, they are wrong. There is no evidence that the Greenbelt Plan or any other land protection plan is primarily responsible for an increase in housing prices.

At more than 1.8 million acres, Ontario’s Greenbelt is the world’s largest permanently protected greenbelt, and keeps our farmlands, forests and wetlands safe and sustainable. It is consistently the province’s most popular environmental initiative; the Greenbelt is a result of 30 years of land conservation that all political parties have contributed to.

Premier Bill Davis started with protecting the Niagara Escarpment. Premier David Peterson followed with the Rouge Park. Premier Mike Harris continued with the Oak Ridges Moraine. And Premier Dalton McGuinty concluded it by adding a million acres in 2005 to create the Greenbelt Plan.

I have to wonder: would all those premiers blindly preserve land without some consideration of the potential impact? Not likely. They carefully balanced the enormous benefits of clean air, fresh water and healthy farmlands with the need to accommodate growth.

So why have housing prices increased? The Royal Bank of Canada recently teamed up with the non-profit think-tank, the Pembina Institute, to find out and their study gives us some rational economic food for thought.

They found that low interest rates and favourable mortgage rules are one of the most significant contributors to high prices. Cheap money means people can afford a higher mortgage payment and therefore will pay more for a home.

Home prices in the GTA continue to rise, in part because of the limited supply of single-family homes in established neighbourhoods. People look for “location-efficient” housing: close to transit; amenities, such as hospitals and schools; and work.

The RBC/Pembina study also found that there is no shortage of land in the GTA to accommodate construction of single-family homes. In fact, land budgets in all the regional official plans show there is a considerable amount of land available for development.

Finally, population growth continues to drive demand for housing which invariably increases prices. This follows basic economics as increased demand for any service or good increases their cost.

All that being said, if prices of homes come up at your next social function, it’s good to know that they are not increasing due to the Greenbelt. Moreover, I expect Ontarians will protect their cherished Greenbelt: poll after poll shows that more than 90 per cent of us love the Greenbelt, and the majority sees it as excellent public policy for future generations.

View on the TheStar.com...