Friend of the Greenbelt Award 2014 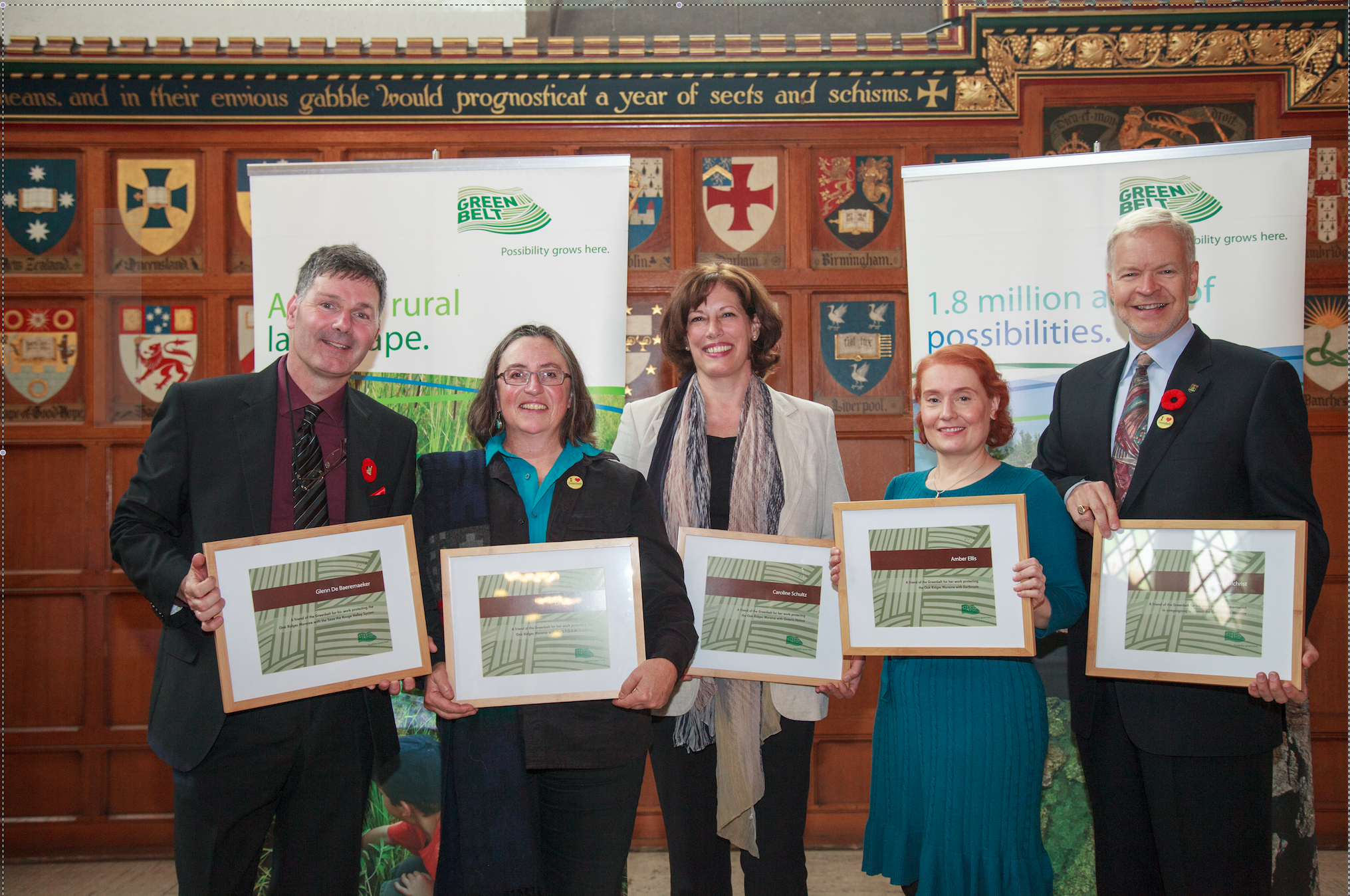 The 2014 winners of the Friend of the Greenbelt Award. From Left to right: Glenn De Baeremaeker from Save the Rouge Valley System; Debbe Crandall from STORM Coalition; Caroline Schultz from Ontario Nature; Amber Ellis from EarthRoots; and Steve Gilchrist, former Cabinet Minister.

At high noon on a beautiful November day, close to a hundred Ontarians gathered at Hart House’s Great Hall to acknowledge the significant contribution that five individuals have made to the protection of the Oak Ridges Moraine.

Through their work to protect this significant ecological feature, Glenn De Baeremaeker, Debbe Crandall, Amber Ellis, Steve Gilchrist, and Caroline Schultz are characterized by an enthusiastic commitment to the values which demonstrate that possibility does indeed grow in Ontario’s Greenbelt.

A special congratulations goes out to these five winners for their steadfast dedication to this critical feature of the Ontario landscape.

More photos of the day below!