Friend of the Greenbelt Award: Meet our 2020 Recipients

The award recipients in each of these categories have demonstrated incredible leadership, innovation, and dedication to the Greenbelt and its diverse communities. "

To celebrate this milestone, the Greenbelt Foundation recognized some of the important individuals who have championed the Greenbelt and helped to build its legacy.

In 2020, we awarded the Friend of the Greenbelt Award to multiple recipients who we recognize as Greenbelt champions and leaders in the fields of community engagement, municipal leadership, farming/agriculture, and the restoration and enhancement of the Oak Ridges Moraine and Niagara Escarpment.

The award recipients in each of these categories have demonstrated incredible leadership, innovation, and dedication to the Greenbelt and its diverse communities.

Continue scrolling to meet the 2020 recipients, these are people you’ll want to learn more about.

The visionary behind the Moccasin Identifier Project, a principal of cross-cultural education, and an expert in community development, her work will continue to allow Ontarians to understand the significance of the historic and current Indigenous presence in the Greenbelt. 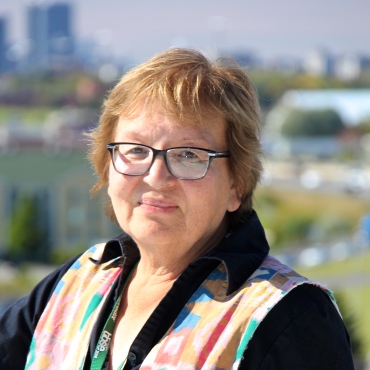 Carolyn is a member and resident of the Mississaugas of the Credit First Nation located adjacent to the Town of Hagersville. She completed one two-year term in political office as the first ever woman elected Chief from 1997-99.  With over 30 years of work experience in the field of First Nation community development, Carolyn provides cross-cultural training sessions/presentations to government, colleges and universities, businesses and non-profit organizations to help people develop a better understanding of Indigenous/First Nations Peoples in Canada. She is the founder of the Moccasin Identifier Program in partnership with Mississaugas of the Credit First Nation and the Ontario Greenbelt, which works to promote public awareness of significant cultural historic sites and the ancestral presence of First Nations and Métis Communities across Ontario. Carolyn wants to change the world for Indigenous Peoples. Learn more about Carolyn here. 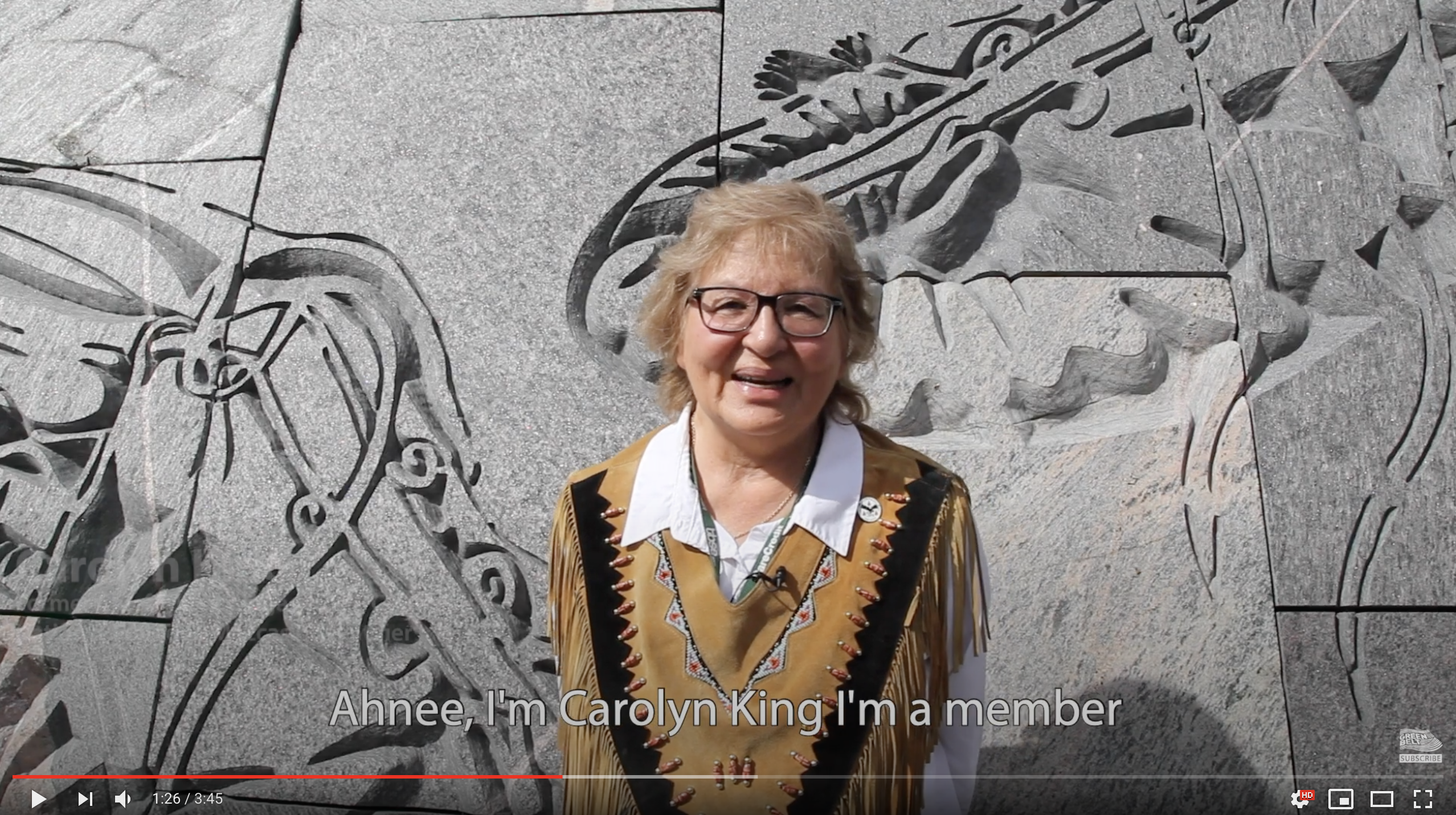 A steadfast supporter of the long-term protection of prime farmland, advocate for Ontario's farmers, & a champion of sustainable farming.

The Ontario Federation of Agriculture (OFA) is the largest general farm organization in the province, proudly representing 38,000 farm family members. OFA is a dynamic, farmer-led organization that works to represent and champion the diverse interests of the agri-food sector and rural communities. Their work includes government relations, farm policy development, research, community representation, media relations and more. They are a strong voice for their members and the agri-food industry on issues, legislation and regulations governed by municipal, provincial and federal governments. 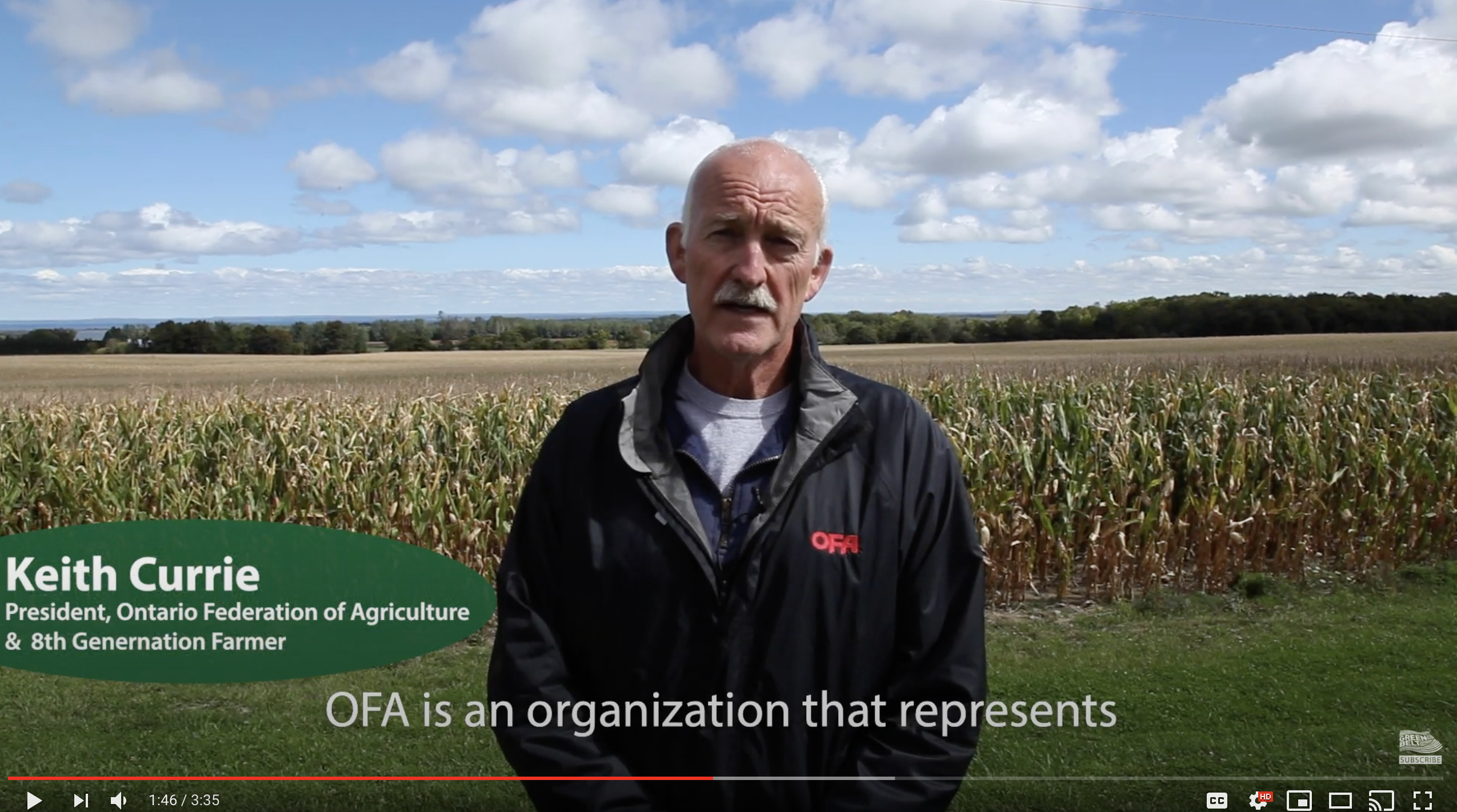 Without his extensive contributions to the field of conservation, the Oak Ridges Moraine would not be what it is today. As the Inaugural Chair of the Oak Ridges Moraine Foundation, John Russell Powell's efforts and insights have shaped Ontario’s landscape, and will continue to support its resiliency and innovation.

For over 50 years, John Russell Powell (Russ), was an influential and critical figure in natural resources. He spent most of his career serving the people of Ontario through the Conservation Authorities program at both field and provincial levels, becoming the Inaugural Chair of the Oak Ridges Moraine Foundation in 2004. Russ was known for his leadership, dedication, insight, passion and mentoring. He was a man of the land, ahead of his time, who steadfastly pursued his vision with a good dose of common sense and dry wit. In 2003, Russ and his wife, Dawn, donated a conservation easement from their land in Pontypool, Ontario to Oak Ridges Moraine Land Trust to preserve and protect the property in perpetuity. It has always been a labour of love they shared. Learn more about Russ here. 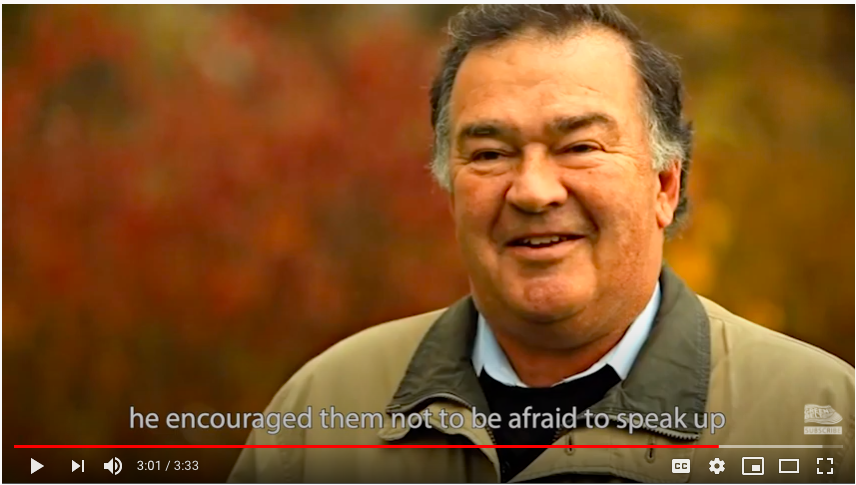 As four of the original municipal leaders of the Greenbelt,  it has been their activism, strategic policies and community engagement that have shaped this region over the past 15 years and into the future.

Allan Elgar was raised on a farm on the Oak Ridges Moraine near Peterborough, which is now also part the Greenbelt. After graduating with a business degree from McMaster University, he enjoyed a 30 year career as a financial/administration manager with Bell Canada, which provided opportunities for him to live and work in various locations in Canada and abroad. As a resident of Oakville, Elgar became concerned about the community’s plan to hugely expand its urban boundaries. So he decided to run for an Oakville and Regional Council seat and has represented Oakville and Halton ever since. In addition he served on the Niagara Escarpment Commission (2003-2016), Credit Valley Conservation Authority (2000-2007) and Halton Region Conservation Authority (2001-present). Learn more about Allan here.

Glenn De Baeremaeker has been a committed community advocate and environmentalist for decades. From his years as a key volunteer for Save the Rouge to his 15-year position as a City Councillor, he worked hard to make Scarborough a beautiful, welcoming community and to contribute to the greater good. Glenn served as City Councillor for Scarborough Centre, Ward 38, from 2003 to late 2018. While in that role, he also served as Deputy Mayor, Toronto East, the Mayor’s Lead on the Scarborough Subway, and the Mayor’s Lead as Toronto’s Tree Advocate. Each year, while in office, he hosted a series of community events, including environment days, movies in the park, skating parties and children’s Christmas parties. Sometimes referred to as “Mr. Scarborough,” Glenn continues to be a committed advocate for his community. Glenn was known as a councillor you could count on—he worked hard to solve local problems and to make Toronto an even greater city than it was when he first took office.

Steve Parish retired as Mayor of the Town of Ajax in November 2018 after 23 years in the position. Appointed Mayor in December 1995 and re-elected for six consecutive terms, he is the longest serving Mayor in the Town’s history.  During his time as Mayor, Mr. Parish played a leadership role in a number of important environmental initiatives. An early proponent of smart growth, he led Ajax Council to adopt an “environment first” Official Plan in 2000. In conjunction with this Plan, Ajax was the first GTHA community to adopt firm urban boundaries thus further restricting sprawl. Mr. Parish championed the adoption of the Province of Ontario’s Greenbelt Plan and successfully lobbied to have all of the Town’s non-urban lands included in the Greenbelt. He subsequently became one of the Co-Chairs of Municipal Leaders for the Greenbelt, a position he held until his retirement in 2018. Learn more about Steve here. 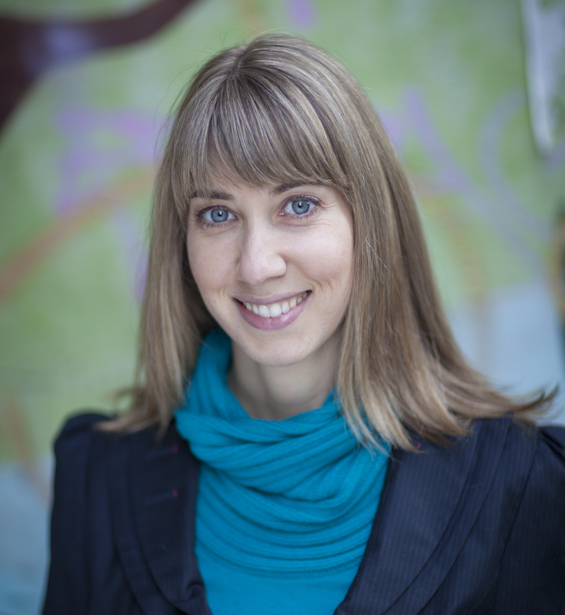 Erin Shapero, a child of the suburbs, grew up with a firsthand view of suburban sprawl as neighbouring farmland and important natural heritage areas began to disappear. In her community of Markham and beyond the Oak Ridges Moraine faced serious threats. The impact unsustainable planning had on her community inspired Erin to run for municipal council. First elected in 2000, she spent a decade in office representing her community of Thornhill Markham, quickly becoming known as one of Ontario’s greenest politicians. Over her three terms on Markham council, Erin worked to ensure that sound planning and environmental sustainability permeated the City’s actions. She encouraged sustainable land use planning, renewable energy investment, local food systems and the creation of Ontario’s Greenbelt as a founding member of Municipal Leaders for the Greenbelt (MLGB). MLGB is a model based on municipal collaboration - a hallmark of her way of doing politics. Learn more about Erin here. 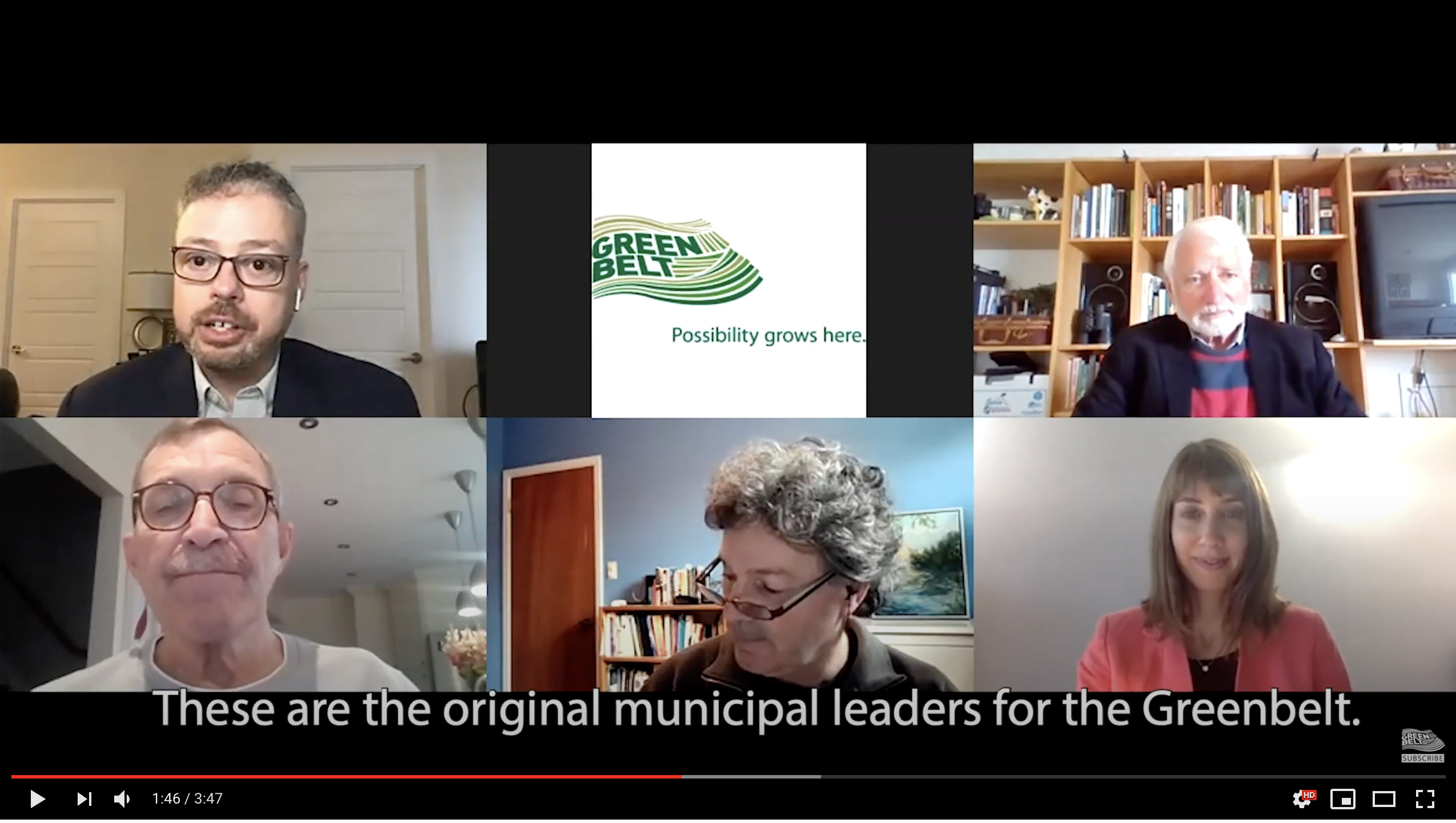 Co-Founder of Ontario's Bruce Trail, Philip Gosling's investments in research and education have helped shape the minds of our future leaders in conservation, and will continue to guide leadership in Ontario and Canada as we build a legacy of environmental advancement and education. 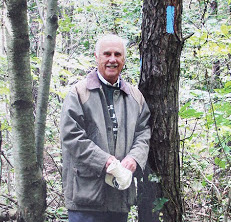 Dr. Philip Gosling, successful entrepreneur, avid naturalist, birder and member of the Order of Canada from Guelph, Ontario has supported protection of nature in Canada for over 60 years.  As one of the four founders of the Bruce Trail Conservancy, Dr. Gosling applied his organizing skills to help put the tail on the ground in 1962.  He acted on his concern for birds and nature by founding the Gosling Foundation. More recently and due to his wife Susan’s expertise in plant science, they initiated the formation of the Gosling Research Institute for Plant Preservation (GRIPP), University of Guelph. 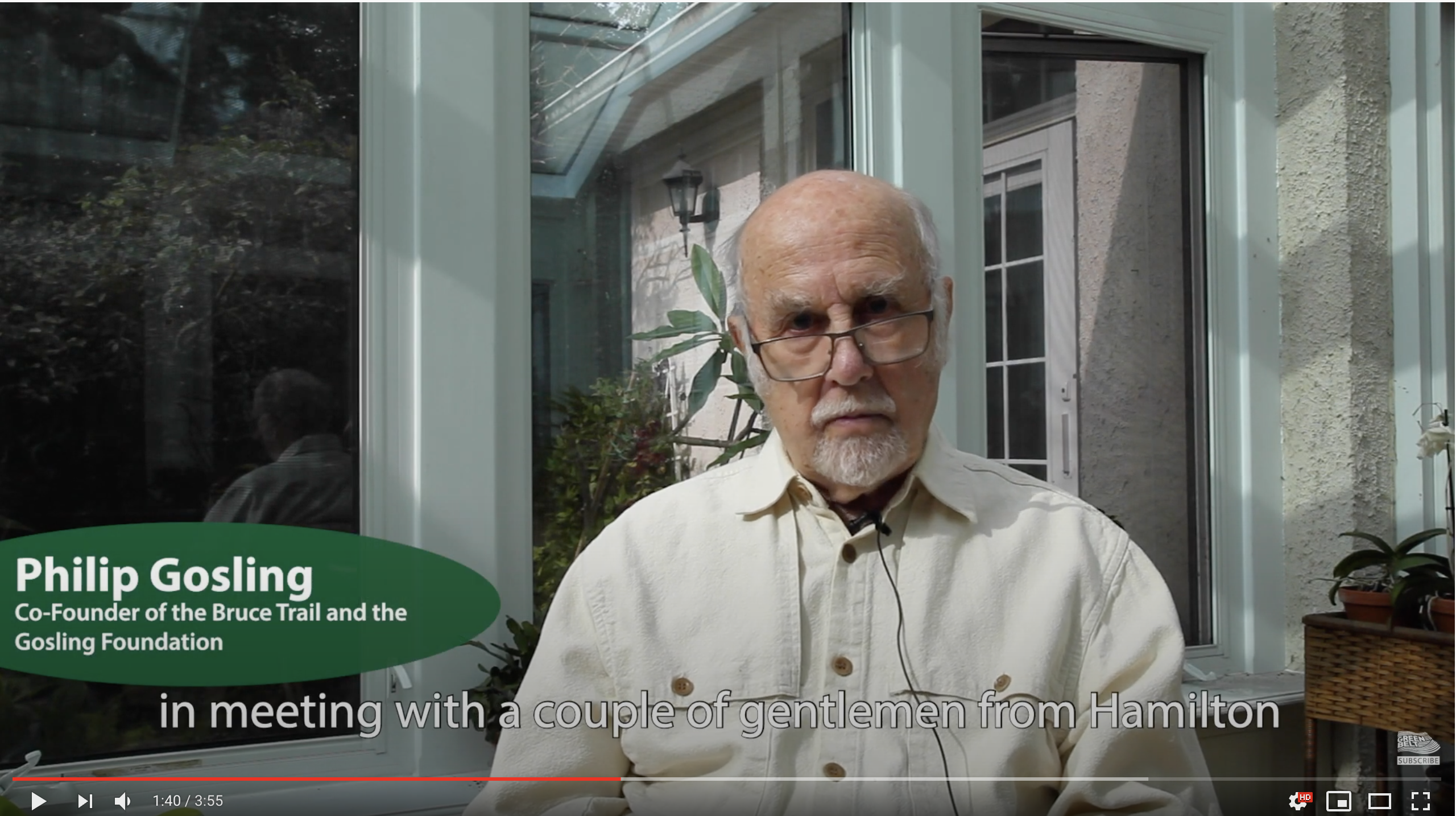