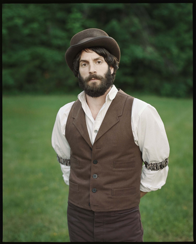 September Seventh Entertainment and the Hamilton Conservation Authority are pleased to announce the addition of some great new artists and the partnership with the Friends of the Greenbelt Foundation for the 2011 Greenbelt Harvest Picnic on August 27 at Christie Lake in Dundas, Ontario -- A part of Ontario's Greenbelt.

Friends of the Greenbelt Foundation
Support Farmers, Art and Culture

Tickets available online at www.ticketmaster.ca,
Ticketmaster outlets or by calling 1-855-872-5000
or at Picks and Sticks, 140 Locke Street South

As title sponsors of the 2011 Greenbelt Harvest Picnic, the Friends of the Greenbelt Foundation is no stranger to supporting the farming and arts communities. In fact, they are leaders in supporting local food as economic opportunities for farmers. The Foundation has also created “the Quilt of Possibilities” with the Ontario Crafts Council, showcased photography at the successful Harbourfront Centre exhibit “Beyond imaginings” and have even awarded one of the artists lined up for the festival, Sarah Harmer, as a “Friend of the Greenbelt for her advocacy in protecting the Niagara Escarpment.

"We are pleased to be supporting the Harvest Picnic as it serves to promote sustainable food practice and the importance of this region’s Greenbelt," said Foundation President, Burkhard Mausberg. “We feel privileged to have our message supported by this impressive group of artists,” added Mausberg.

In the years after touring her last studio release, the Polaris Prize-nominated I’m a Mountain, Sarah Harmer set music aside to focus on political and environmental campaigns, helping to shepherd PERL (Protecting Escarpment Rural Land), an organization she co-founded.  Her efforts with PERL, served to protect parts of the Niagara Escarpment in the northern region of her native Burlington.  As part of that effort, Harmer produced an outdoor festival to create awareness of proposed development and the threat it would bring to the area’s ecosystem. In 2010, Harmer released Oh Little Fire, her first album in five years.

Lori Yates has worked both on and off the stage with numerous influential artists including Bob Johnston (Producer: Bob Dylan, Johnny Cash), Gregg Allman Colin Linden, Rick Danko (The Band), Blue Rodeo, Jan Arden, Colin James, Dwight Yoakum, Steve Earle, Nitty Gritty Dirt Band and Faith Hill. Lori is one of Canada’s original alt-country artists and founded the band Rang Tango in the eighties.  She is also a member of Toronto based band, Hey Stella! which consists of veteran players: Bazil Donovan, David Baxter and Michelle Josef. Lori resides in Hamilton, Ontario where she released The Book Of Minerva. She is currently writing for a new CD. Lori will be performing at the Harvest Picnic with guitarist, Brian Griffith. Lanois refers to Griffith as his "favourite Canadian guitar player". During his childhood, Griffith learned to play guitar by listening to his uncle, the iconic Jackie Washington. Griffith has recorded and played with Willie Nelson, Emmylou Harris, Harrison Kennedy and Tom Wilson.

John Ellison is a founding member and writer of She's Some Kind of Wonderful which reached the top 100 in Billboard magazine. To date, 42 million copies of the song have been sold and it has been recorded by 58 artists worldwide making it one of the most recorded songs in the history of music. In 1995, John received an award from BMI for writing the third-most played song in the world. John has performed with numerous artists including B.B. King, Diana Ross, James Brown, Smokey Robinson, The Temptations and Kool and the Gang. John is a resident of Dundas, Ontario.

Also from Dundas, Dawn and Marra rose above eleven other finalists to win the 2010 Hamilton Music Awards Rising Star competition. With the upcoming release of their debut album, Never Ask Me Why, in the fall of 2011, Dawn and Marra have become one of Hamilton’s most promising new musical acts.

Tickets are available online at www.ticketmaster.ca, all Ticketmaster outlets or by calling 1-855-872-5000. Tickets can also be purchased at Picks and Sticks, located at 140 Locke Street South in Hamilton. Tickets will also be available at Christie Lake on show day only (subject to availability). For more information, please visit www.harvestpicnic.ca.

·      Park and Event Attractions and Amenities

To arrange artist interviews, please send request and credentials via email to: