Consultation Question: What are your thoughts on the initial focus area of the Study Area of the Paris Galt Moriane?

There are multiple benefits to expanding the Greenbelt in and around the Paris Galt Moraine (PGM).

The natural cover in the PGM is an important part of the regional Natural Heritage System (NHS) with linkages to the Greenbelt’s NHS. There are significant habitat corridors that provide connectivity between the larger core areas in the Greenbelt, features in the study area, and further linkages to corridors heading south to Long Point.

Most of the land outside of settlement areas is prime agricultural land, often overlapping with the NHS (see Figure 1). These farming communities support a cluster of agri-food system components in and around the surrounding towns and cities. 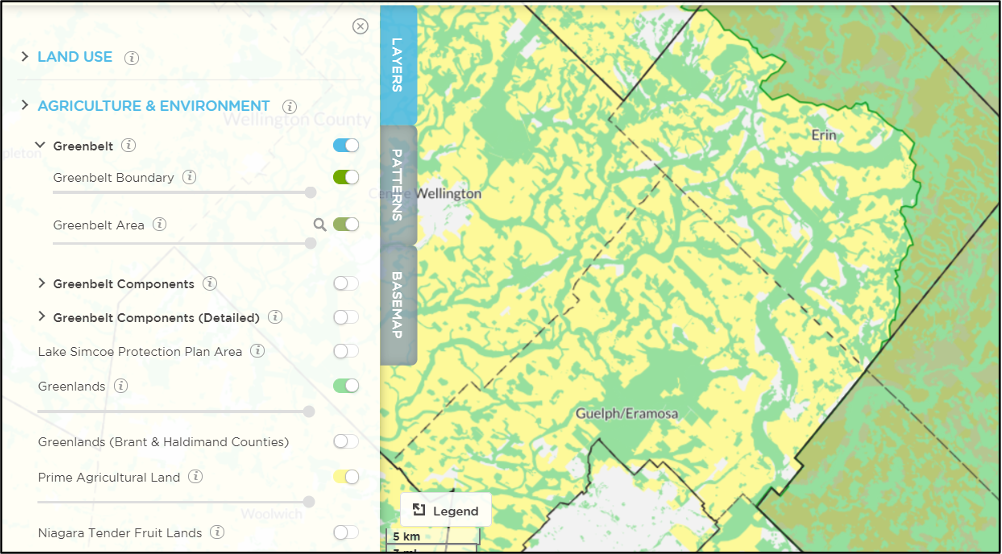 Consultation Question: Do you have suggestions for other potential areas to grow the Greenbelt?

The Provincial government's commitment to growing the extent and quality of the current Greenbelt is much needed in light of growing evidence about the twin climate and biodiversity crises and continued fragmentation of the agricultural system in the GGH.

We recommend that the Province grows the Greenbelt to include more farmland in the GGH. To identify candidate areas, the Province can draw on OMAFRA’s Agricultural Systems Portal, as well as municipal agricultural system mapping that is currently being finalized. Key stakeholders in the agriculture and agri-food sectors must be consulted. 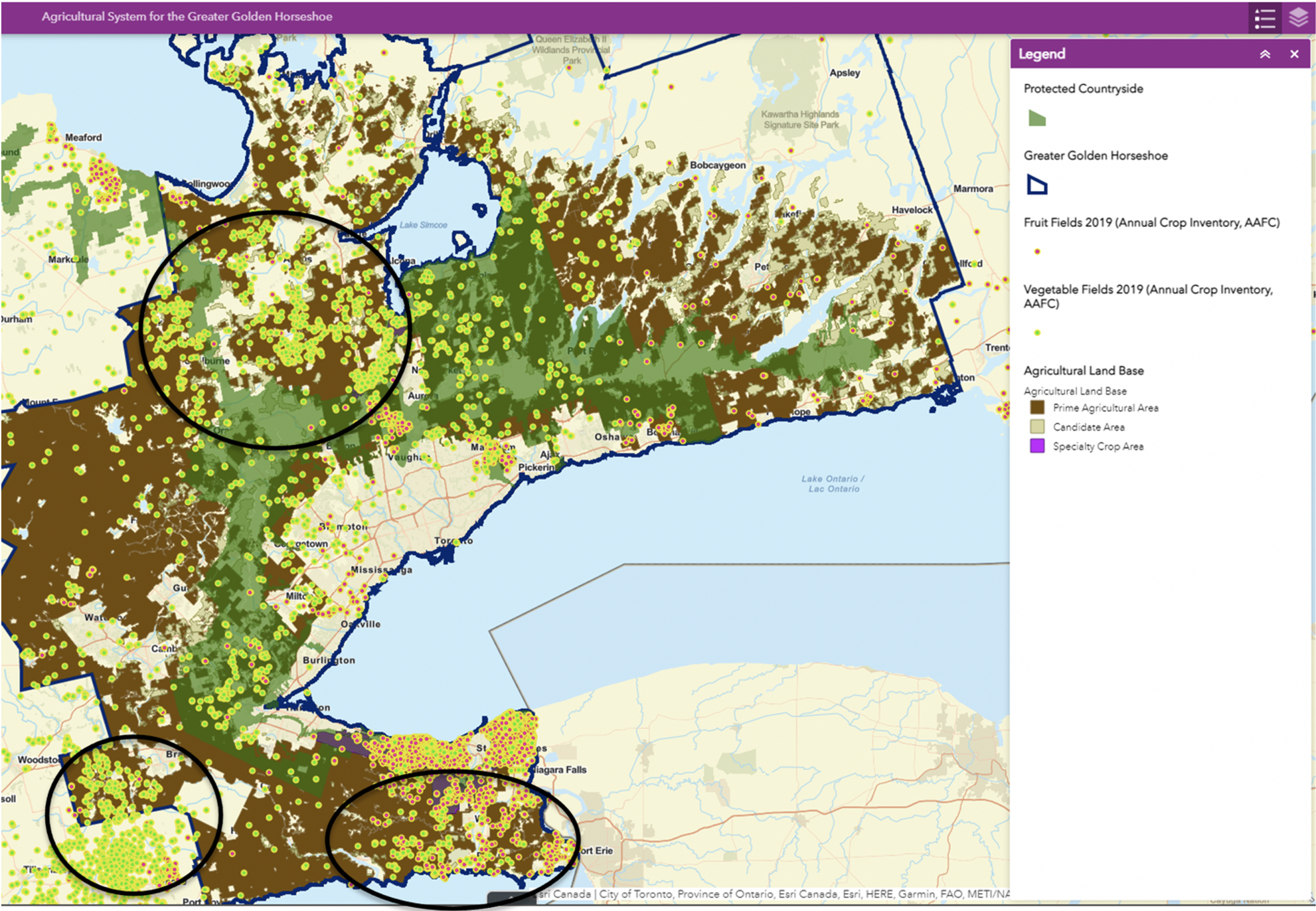 Significant ecological and hydrological connectivity remain in the Greenbelt and its 21 river valleys, Rouge National Urban Park, Cootes to Escarpment EcoPark System, and Kawartha Highlands. These landscapes connect with the broader Great Lakes Basin and ecological landscapes in Canadian Shield and Eastern Canada.

The Southern Ontario Nature Coalition[2] has drawn on provincial data, local conservation expertise, and Indigenous knowledge to study and identify critical habitats and wildlife corridors in the region. This analysis can inform the current consultation of Greenbelt expansion. The following series of maps summarizes their analysis.

Figure 3: Areas of high ecological corridor value in and around the Greenbelt 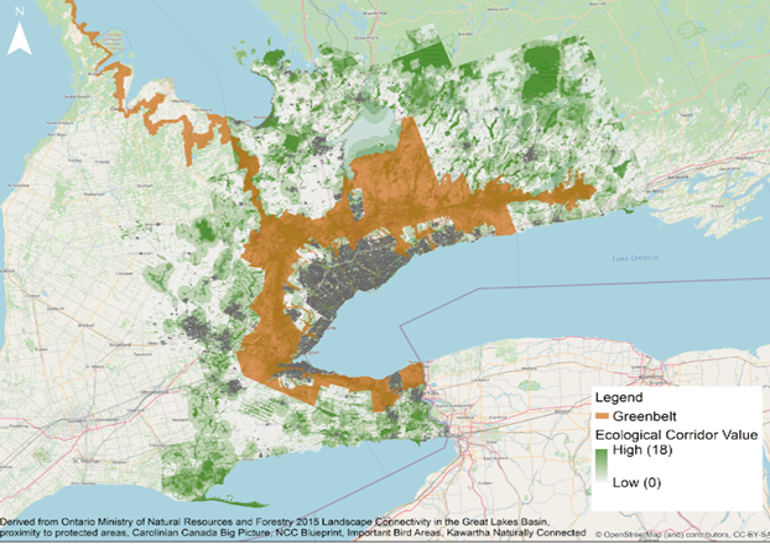 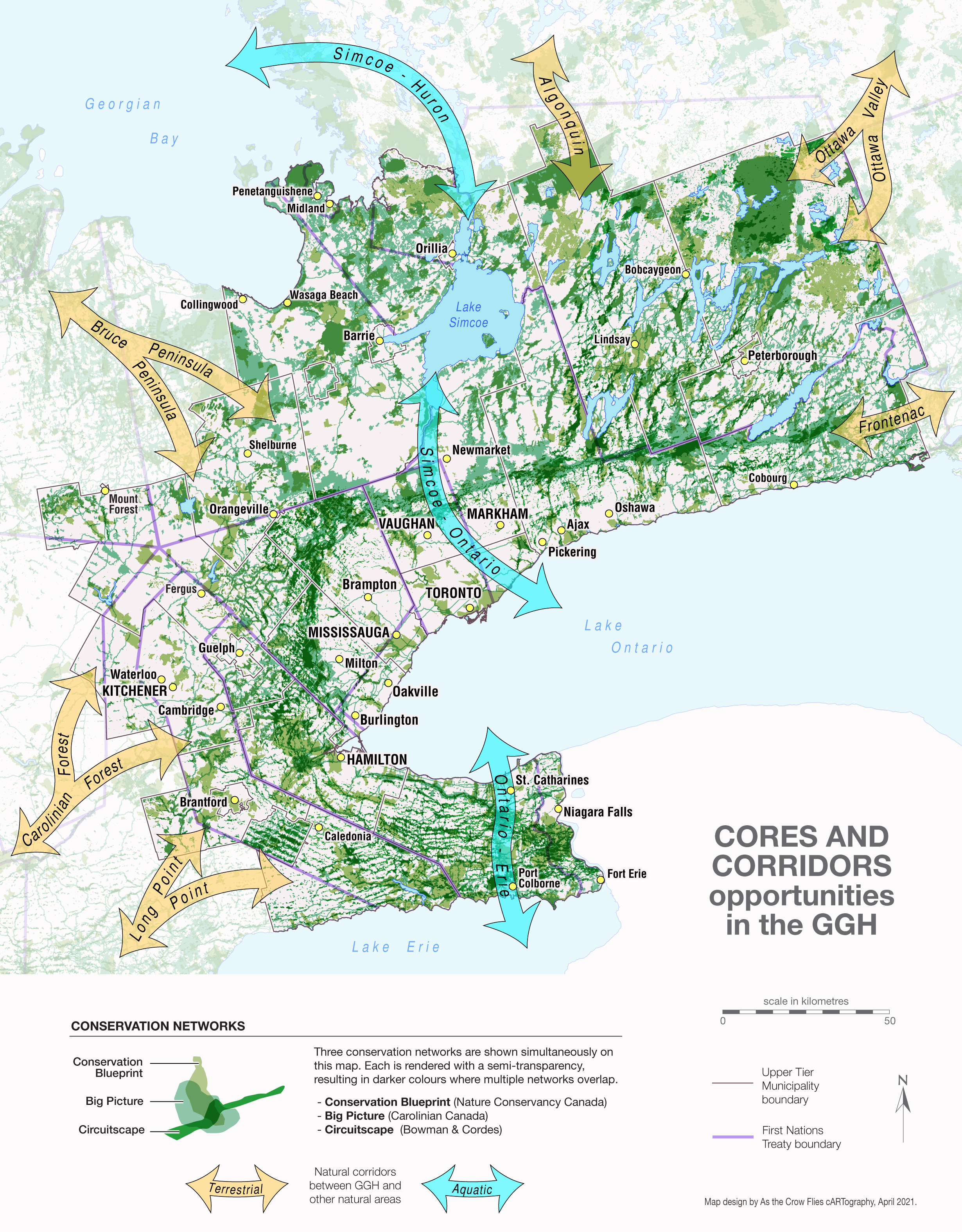 There are several moraines that are functionally and physically connected to the Greenbelt that could be considered for inclusion in the Greenbelt. Moraines will become increasingly important as the climate warms and rainfall patterns are disrupted. Less frequent but more intense rainfalls mean it is important to protect natural features that recharge groundwater supplies and have the capacity to retain significant volumes of water on the landscape. 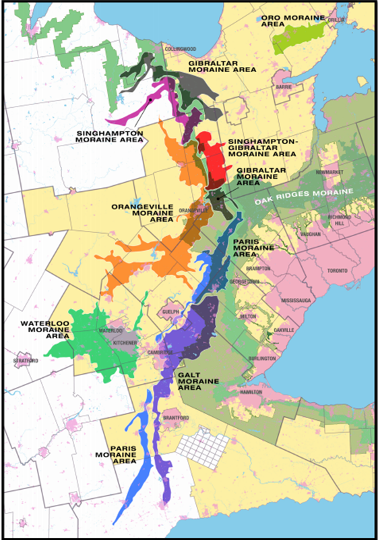 [1] Save the Moraines Coalition (2020). The Moraines of the Greater Golden Horseshoe.