Join the movement to Grow Our Greenbelt! #GrowOurGB 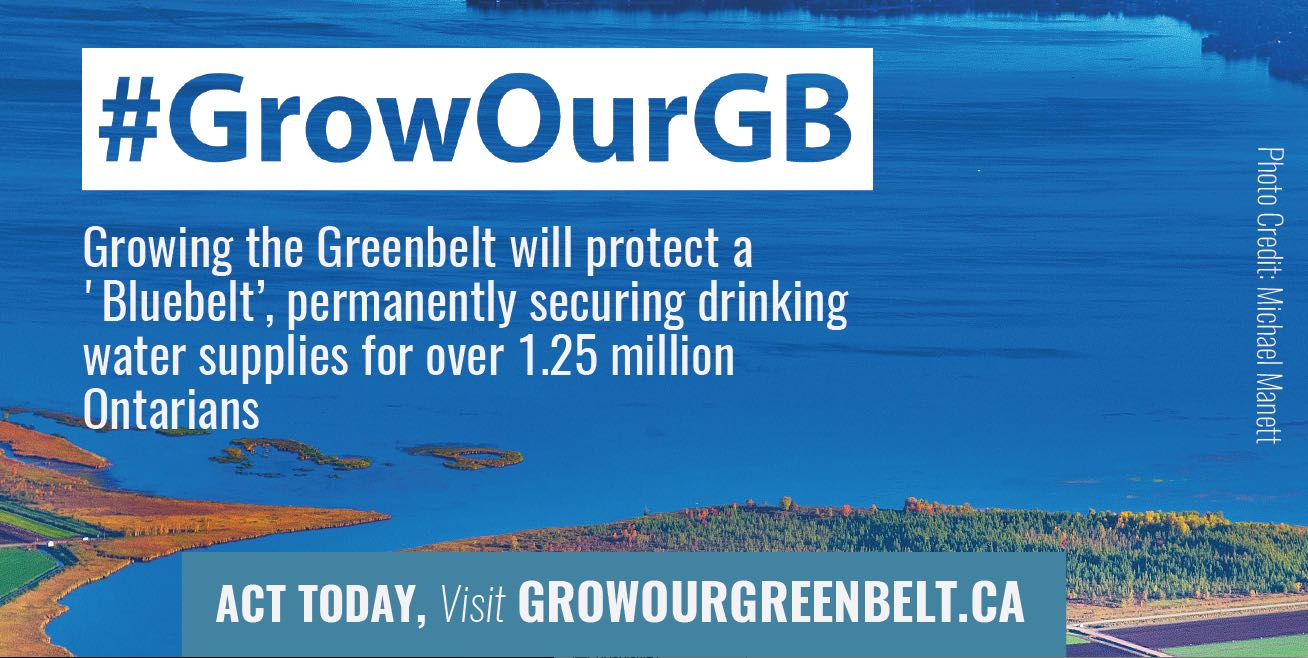 We are encouraged by the province's decision to grow the Greenbelt to include 21 urban river valleys and seven coastal wetlands, bringing the Greenbelt into cities and towns with over 6 million residents.

The province also added four parcels of protected countryside in the City of Hamilton and Niagara Region.

But...the widely supported grassroots initiative to expand the Greenbelt and protect a ‘Bluebelt’ of vulnerable water resources was left out of the amendments to the Greenbelt Plan. We hear that the province plans to start a process to identify such areas in the coming months - let's hold them to their word!

The grassroots 'bluebelt' proposal, put together by a coalition of over 100 environmental and community groups, calls for an ambitious expansion of the Greenbelt in order to protect critical drinking water sources and to ensure an abundant supply of clean water.

Find out more about the proposal and take action at GrowOurGreenbelt.ca!