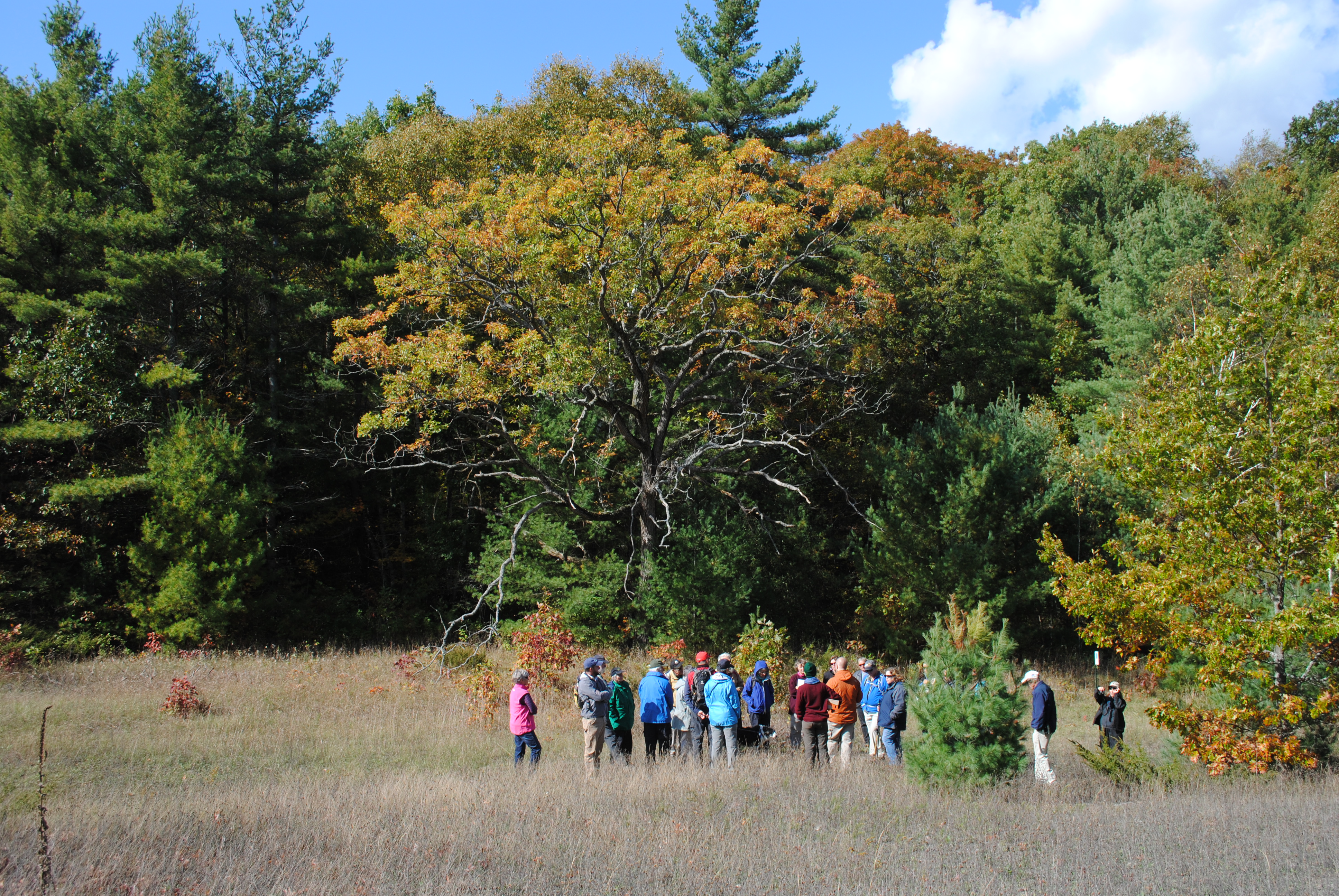 On a crisp fall day in early October twenty donors, volunteers, and neighbours gathered at the Nature Conservancy of Canada's (NCC) Hazel Bird Nature Reserve to celebrate the opening of brand new trail.

It was a big day. With support from the Friends of the Greenbelt Foundation, the NCC and the Oak Ridges Trail Association had spent the last month getting the trail ready, blazing paths and creating and installing signs to guide visitors.

Stretching 4km and forming two distinct loops through the 287.36 acre property, the new trail leads visitors through diverse areas on the reserve - from forest to sand barren to tallgrass prairie. Two lookouts, one facing to the east and one facing to the west provide an expansive view of the property. Visitors to the site also have easy access to the larger Oak Ridges Moraine Trail which runs along Beaver Meadow Road at the south end of the Reserve.

Interpretive signage guides visitors through the property’s history. The signs highlight the property’s recent restoration, the pioneers and early botanists who visited the area, and the story of Hazel Bird, the naturalist from whom the reserve gets its name. In the future, benches will be installed along the route to allow visitors to sit, relax, and take in the scenery.

The NCC and the Oak Ridges Trail Association were joined on launch day by Hamilton Township Mayor Mark Lovshin. Mayor Lovshin spoke on the trail’s significance and helped to unveil two of its brand new signs. Members of the Hazel Bird family were also on hand to unveil the Hazel Bird Signage. In the late 1960’s, this area was a favoured location for Hazel’s renowned nest-box program for the restoration of eastern bluebirds. The site was acquired by the NCC in 2011.

After the ceremonies, visitors had a light lunch and had a guided walk of the trails.  It was a perfect ending to a perfect day.

Thanks to the Friends of the Greenbelt for support for this project. 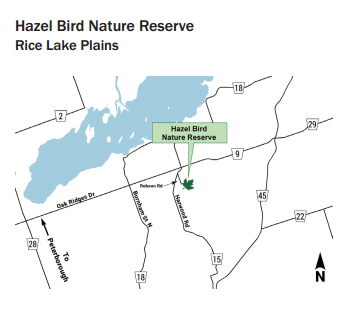 The new four-kilometre loop trail, located at 4639 Robson Road, south of Harwood, officially opened on Oct. 8. The Hazel Bird Nature Reserve is about 40 minutes southeast of Peterborough and 30 minutes north of Port Hope.