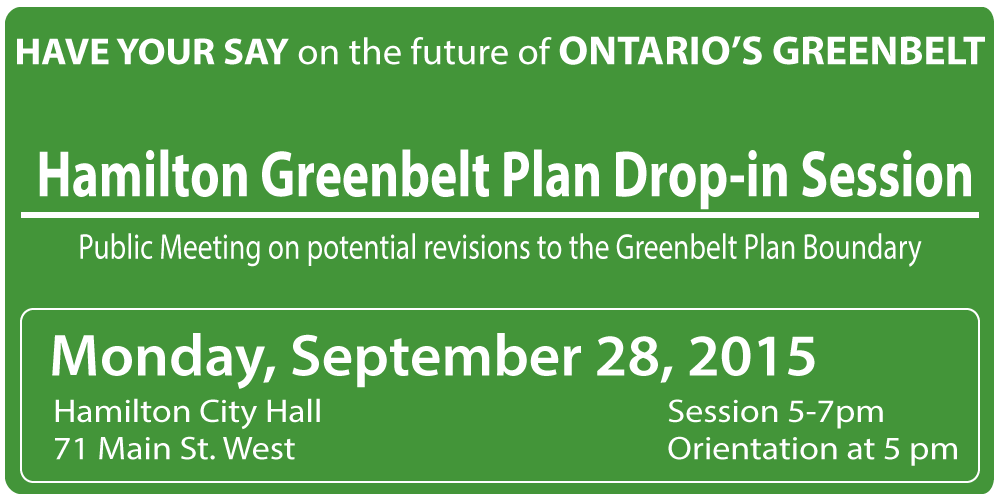 The City of Hamilton is hosting an open house session September 28 to consult the public on potential revisions to the Greenbelt Plan boundary.

The public is invited to review a series of display panels that will identify potential areas for addition and removal from the Greenbelt Plan; these areas were selected on the basis of a series of criteria which will also be on display. An Orientation session will be held at 5 pm.

Tell the City of Hamilton no land should be removed from Greenbelt protection.