The Holland Marsh is one of two “Specialty Crop Areas” in Ontario and a recognized producer of a significant percentage of the vegetables grown in the province. Despite the importance of the Marsh, there is a lack of specific information about the agriculture that occurs there or the economic impact this activity has on the provincial economy. The Holland Marsh Agricultural Impact Study, produced by Planscape Incorporated and Regional Analytic, describes the land base and agricultural profile in the Marsh, which then forms the basis for an economic analysis to calculate the financial contribution that primary production in the Marsh makes to the provincial economy annually.

The Holland Marsh is a unique and prosperous component of Ontario's agriculture and the source of a significant percentage of the produce consumed in the province."

- Primary production activities in the Holland Marsh generate annually in the range of $35 to $58 million in Gross Domestic Product and between $95 million and $169 million of economic activity in the provincial economy.
- Vegetable production in the Marsh in 2006 represented between 8% and 14% of the total annual vegetable production in Ontario
- In 2006, the average net revenue for the Marsh was $318 per acre, which is 2.8 times higher than the provincial average of $113 per acre.

The Holland Marsh is a unique and prosperous component of Ontario's agriculture and the source of a significant percentage of the produce consumed in the province. In addition to making an annual, multimillion dollar contribution to the economy, this highly concentrated area, farmed by a skilled, specialized group of growers, has all of the attributions required to support food security in Ontario. Despite its successes, the Marsh is experiencing pressures due to escalating costs, stagnant prices, consumer issues, and trade barriers. This study is intended to provide a base for informed support and it is hoped that this report will assist in securing a long and prosperous future for the Holland Marsh. 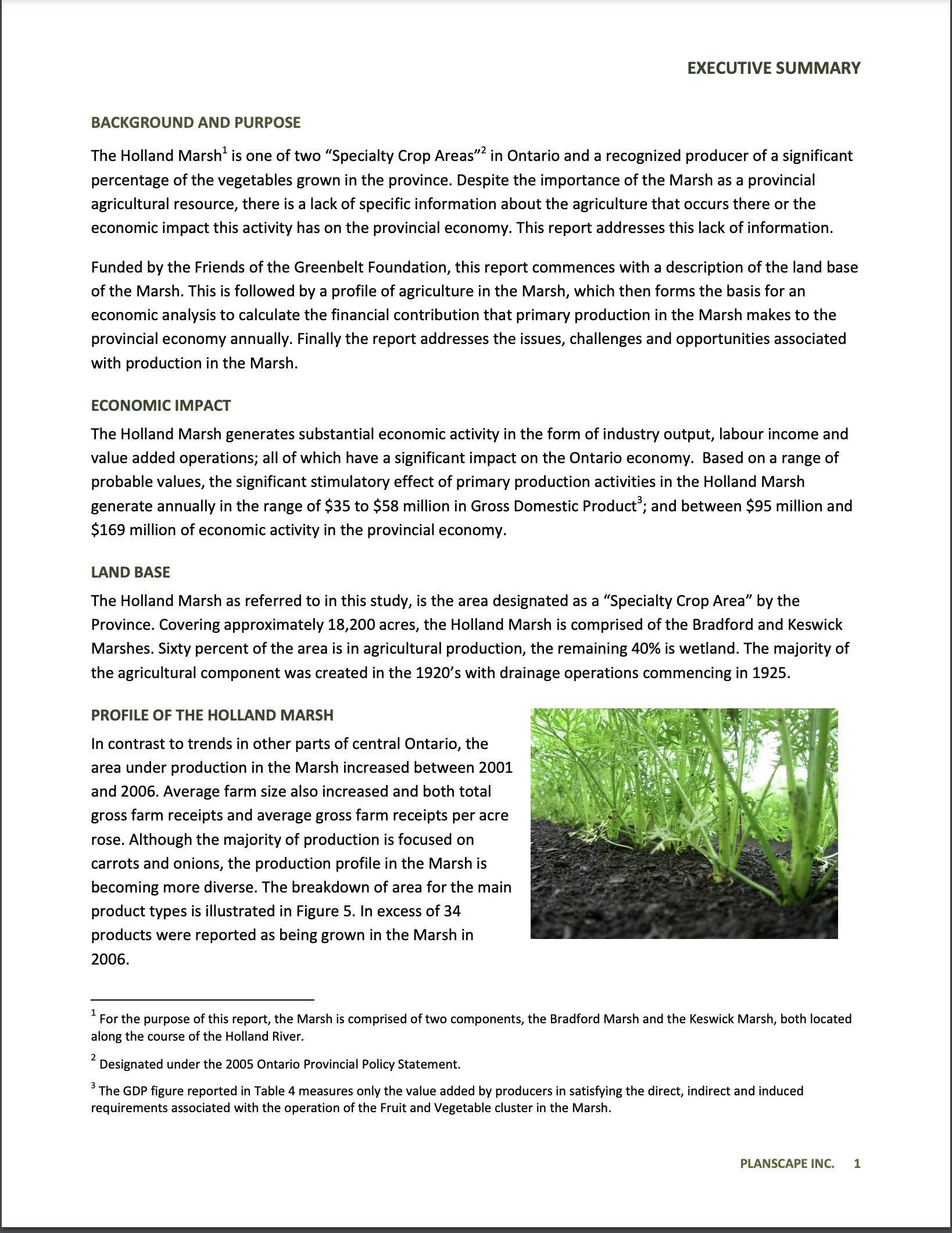