Niagara: A Region Of Contrasts 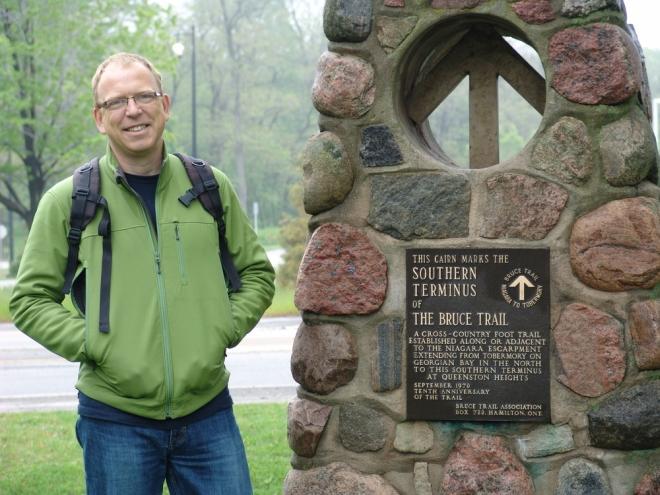 Last week I visited the Niagara Region again. This time to take the Bruce Trail from its very beginning, starting right at the U.S./Canadian border next to the Brock Memorial.

I had never hiked that section of the Bruce Trail before and was amazed once again by the beauty of the trail, its great condition (thanks Bruce Trail Conservancy!) and the opportunity it gives hikers to see the great diversity of Niagara.

It struck me that the Niagara Region is probably one of the most varied in the country. It is a series of contrasts:

On the one hand you  have the Shaw Festival, and on the other you have the casinos.

On the one hand there are many orchard and tender fruit farm fields, and on the other the big facilities of General Motors.

On the one hand there is Clifton Hill (the Niagara Falls strip with wax museums, etc), and on the other the Niagara Parkway, a pretty roadway and walkway along the Niagara River.

On the one hand you have beautiful conservation areas teaming with nature and life, and on the other hand you have stretches of concrete and multiple highways (the QEW, the 405, and the 406 all in close proximity to each other).

After 6 hours and 22km, the southern end of the Bruce Trail exposes you to many of those contrasts of the Niagara Region. No where is the contrast greater I think, than the part of the Bruce Trail that walks tightly between a golf course, with it’s well-manicured lawns, and the old Welland Canal where you look down 100 feet to rushing waters.

Much of the Niagara Region is part of Ontario’s Greenbelt and the Region is a small microcosm of the diversity of the Greenbelt itself.

Now that I’ve been fortunate to have hiked the bottom half and the top half of the Bruce Trail, I only have 645km to go for the middle section...