Owl Prowl-ing: Where the Wild Things Are

On a cold winter night, four Greenbelt staff head up to the Humber College campus at Finch Avenue & Highway 27 to trek in the urban woods of the Humber Arboretum. The Humber Arboretum is a beautiful spot; a pocket of green in the concrete jungle, offering formal gardens, meadows and forests to the public, as well educational activities run out of its Urban Ecology Centre.

The purpose of our excursion: to prowl for owls in the nighttime darkness of this urban woodland with our knowledgeable guide, Chris Bialek (a.k.a Snapper), and about two dozen other visitors, all of us keen to catch a glimpse of these mythical birds. Before we set out on our prowl, Snapper offers some facts about the owls found at the Humber Arboretum.

The Humber Arboretum, an important naturalized area on the Humber River, provides habitat for a range of wildlife in Toronto, including several different species of owl. Because of its ecological importance, City of Toronto is considering adding the Humber River Valley, as well as the Don River and the Credit River, to the Greenbelt as part of the new Urban River Valley Designation. Learn more about this initiative, and what you can do to support it here.

The smallest owl at the Arboretum is the Saw-Whet Owl, whose wing is about the size of a human hand and whose body is the size of a pop-can. Then, there's the Eastern Screech Owl, whose call sounds more like a horse's whinny than an owl's hoot. Next, we have the Long-Eared Owl, who's about the size of a Pringles can (everyone enjoys the junk food metaphors). Finally, the largest of the owls, the Barred and the Great Horned, are introduced to us. 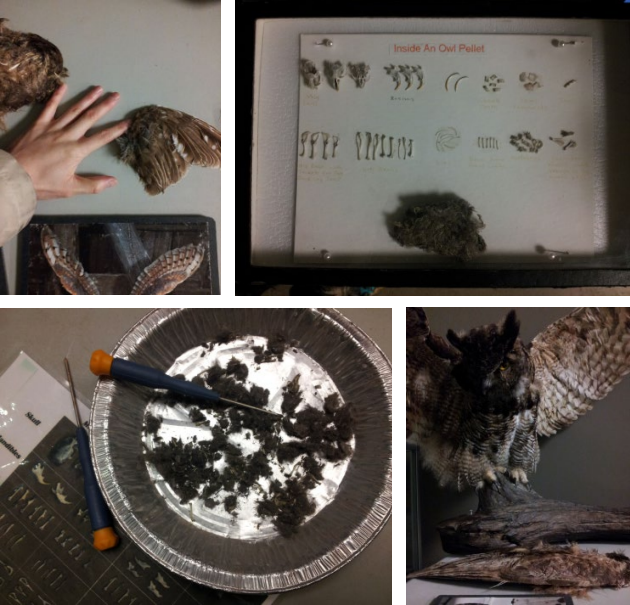 What else did we learn about owls? 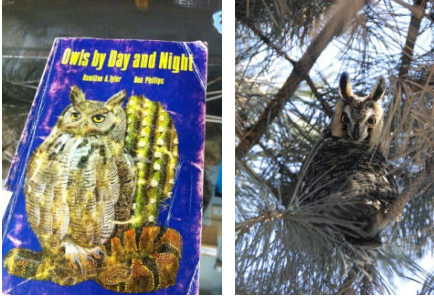 After his interesting and engaging introduction, Snapper leads us all out into the night. We walk for about 20 minutes with our guide calling out various owl sounds into the darkness, when all of a sudden we are rewarded with a hoot, followed by the sight of a majestic Great-Horned Owl silhouetted against the glow of the city lights! What a thrill!

This trek into the urban-wilderness reminds us of why it's so important to protect natural places in the city. To this end, you can show your support through the Love the Ravines campaign (use the #lovetheravines on Twitter or Instagram to join the movement), or even sign our petition to urge City of Toronto to adopt the Urban River Valley Designation and Grow the Greenbelt into Toronto's urban ravines.

Although owl prowl season has now passed, the Humber Arboretum offers lots of great programming year-round, and the grounds are open to the public. Check them out online here.

If you're looking for other birding opportunities, the great spring migrations have started, and there are plenty of fantastic birdwatching opportunities throughout the Greenbelt. To get more involved in bird monitoring, check out Birdstudies Canada, or join the great Bailie Birdathon this coming May!