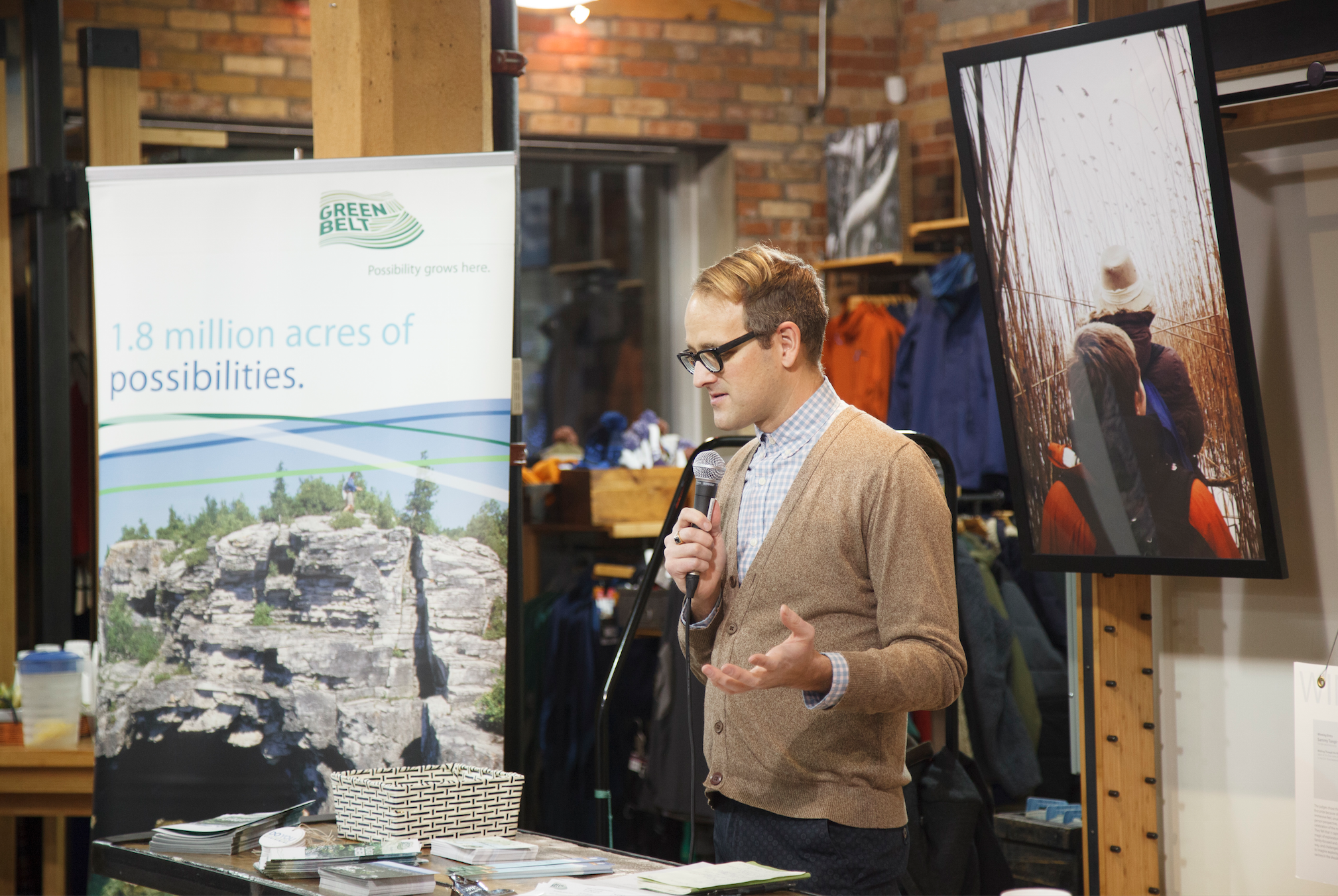 On Wednesday December 3, the Friends of the Greenbelt Foundation held a reception at Patagonia Toronto to recognize the contributions of the photographers featured in our #Fall4Ravines exhibit. The exhibit – which features 24 images taken in Toronto’s ravines and submitted using Instagram – helps to raise awareness about protecting these special and vulnerable places by adding them to the Greenbelt.

Our reception host, Toronto-based journalist and writer Shawn Micallef, described the ravines as the city's "connective tissue" and shared anecdotes of his own explorations of Toronto's vast ravine system (he's even explored them by snowshoe!). The over 40 guests in attendance also heard from City Councillors Janet Davis (Ward 31 Beaches – East York) and Gord Perks (Ward 14 Parkdale-High Park), Greenbelt Foundation CEO Burkhard Mausberg, Patagonia store manager Andrea Reekes, and Tim Gray, director of Environmental Defence Canada. Each of our speakers spoke eloquently and persuasively on the value of the ravines, and the ways in which a Greenbelt designation would ensure their continued protection and restoration in the years to come.


After the speeches, prizes were presented to the three winning photographers:

Check out our slideshow of all 24 #Fall4Ravines Photo Winners

The photography exhibition will remain hanging at Patagonia, 500 King Street West throughout the holiday season.