By August 2009, more than 270 accounts had been created on the new FarmLink website, with over 100 farm seekers identified and 59 farms interested in finding farmers.

Devoted to conserving the natural and cultural heritage of the Kawartha bioregion, the Kawartha Heritage Conservancy helps link new farmers with land from established or unused farms.The two-phased project emphasizes partnership building among agricultural groups in the Eastern Greenbelt and tackles the challenges facing farmers in that area, such as access to new land and short-term tenancy agreements. The project now includes the FarmLink Program, which connects new farmers with available agricultural land through long-term leases with landowners. 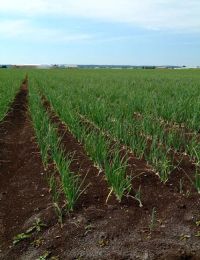 Though the Holland Marsh is already an extraordinarily productive region of Ontario farmland, farmers there are ushering in a new era of agricultural sensitivity, doing their part to become more environmentally sustainable and finding new markets for their products.

Holland Marsh farmers, in collaboration with local packers and processors, are shifting fresh vegetable production from a largely export market to the local market. They are diversifying crop production and implementing more sustainable growing practices through Local Food Plus certification and other changes. Additionally, the entire distribution chain is being shortened through the processing and packaging of food products directly within the Holland Marsh. 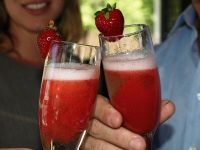 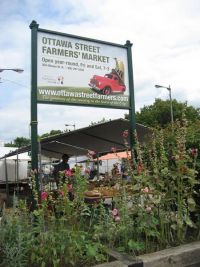 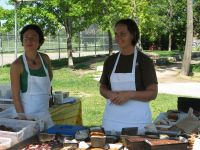 The goal of the Brampton Farmers’ Market project is to increase the visibility of the market and market booth by building a Market Information tent, a community use/entertainment tent, and installing better visual signage to direct customers to these areas. The Market is also building awareness of Ontario’s Greenbelt by incorporating joint branding by purchasing tents and a 20-foot tall telescopic sky flags with logos of the Foundation and the Market. Improvements to the appearance of the market will help increase the food literacy and education amongst consumers. 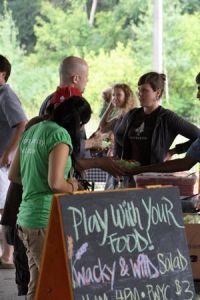 "I hadn’t realized the disconnection between us and the efforts of farmers to grow our food. And even a wider gap of what it takes to grow organically and sustainably. Cooking professionally never taught me this, ten minutes on a farm did." - Edmund Rek, Chefs' Market Manager

Sitting in the center of downtown Toronto, the historic Don Valley Brickworks is undergoing a transformation from abandoned industrial site into a lively environmental centre and a burgeoning source for local foods.

Chefs have long been interested in sourcing local ingredients for their menus because of the unparalleled taste and freshness. The Greenbelt Depot at the Don Valley Brick Works fills an infrastructure gap in the local food system by establishing a weekly wholesale market where Greenbelt farmers and Toronto chefs can do business. The Depot also hosts public education activities and events on food and farming, and serves as a hub for farmers and chefs to meet and discuss current food trends, strengthening the bond between producers and chefs.

Situated in the heart of Southern Ontario’s Golden Horseshoe, Escarpment Country™ captures 380 square kilometers of sprawling countryside, and is visited by more than 2 million people every year.

Of all the beautiful land of the Greenbelt, the Niagara Escarpment stands out as a national treasure, and the Milton Chamber of Commerce is helping to highlight this jewel of the Greenbelt. 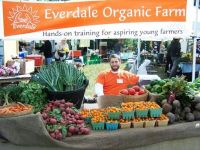 The 17th Annual Organic Advocates Feast of Fields event promotes local farmers, chefs, and value-added food and beverage producers, through an interactive farm tour, a farmers' market and demonstrations. The underlying theme of Feast of Fields is the connection between those who grow our food and those who eat it, and the interdependency of all living things.  Participants visit booths throughout the grounds sampling regional cuisine, beer and wine and learn about farmers markets, ecological issues and organics. 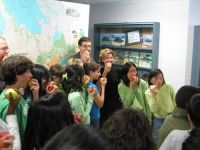 Simple changes in daily habits can add up to large reductions in our environmental impact. EcoSource, a youth and family-oriented organization devoted to promoting environmentally friendly lifestyle choices, brings LFP-certified food and education programs to the Peel District School Board.

The Peel District School Board may become the first in Ontario to offer Greenbelt and other locally grown food to all of the students and staff in its 232 elementary, secondary and culinary arts schools, creating a substantial and sustainable market for Greenbelt farmers interested in supplying produce to the local area. This program provides an important forum for education with classroom visits and farm activities, forging a connection between a whole new generation and the farmers and land that feed them.