This is a sponsorship of the Planet In Focus Film Festival screens Sarah Harmer's film 'Escarpment Blues,' which is followed by a panel discussion. Escarpment Blues, directed by Andy Keen, chronicles the activist singer’s fight to stop the destruction of the Niagara Escarpment and preserve Ontario’s Greenbelt. Harmer’s I Love the Escarpment Tour was captured on film last summer as she and her band played in outdoor theaters and community halls along the escarpment’s Bruce Trail. Proceeds of the tour go to Protecting Escarpment Rural Land (PERL), a local group Sarah co-founded to oppose a new quarry proposal near her home in North Burlington. The mine threatens to destroy the water table, habitat and the unique escarpment lands, designated as a World Biosphere Reserve by the United Nations. Sarah Harmer is this year’s recipient of The “Friend of the Greenbelt Award.”

Created in 1995 by the Province of Ontario to protect the Rouge River, Rouge Park is currently the largest urban park in North America at 47 square kilometers in size, housing 762 plant species, 225 bird species, 55 fish species, 27 mammal species, and 19 reptile and amphibian species.

Situated close to urban centers, Rouge Park is composed of a variety of natural landscapes, from rolling hills to vast wetlands and sandy beaches, serving as an important region of the Greenbelt to focus on for restoration of local biodiversity. 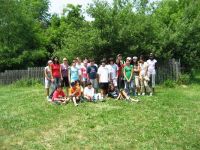 The Farm to School pilot project reconnects urban students and rural farmers in Peel Region through farm visits, local food celebrations and a local, healthy snack program for elementary schools. Food is sourced from Greenbelt farms, helping to strengthen linkages between schools and farmers. The pilot is expected to heighten awareness amongst students about local food and the Greenbelt 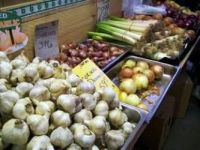 The project contributes to the development of three new seasonal farmers' markets in under-serviced neighbourhoods in Hamilton, by researching market models, local need and farmer interests. The research is expected to identify opportunities to expand consumer markets for area Greenbelt farmers to sell/deliver their produce in the Hamilton region, while consumers are encouraged to buy locally-farmed food.

The annual fair, featuring agriculture, arts and music, is celebrating its 150thanniversary. Once a year, the community comes together to share, celebrate and foster their rural legacy with events like the Port Perry Agricultural Heritage Parade and activities like the Agricultural Heritage Tent. The Port Perry High School cheerleading team and the Port Perry Rebels serve as ambassadors for the Fair, bringing with them their youthful energy and enthusiasm. This vibrant Greenbelt community event looks forward to its next 150 years.

OSEA will work with the Ontario Power Authority to make recommendations for a Standard Offer Contract program and run a Greenbelt-wide public awareness campaign. The project is needed to pave the way for ten renewable power projects in the Greenbelt, generating 100 megawatts of electricity. This requires consultations with farmers, farming associations, municipalities and rural cooperatives, in order to develop recommendations that provide incentives to entice generators to build locally-owned green power facilities and sell their excess energy capacity to the grid. 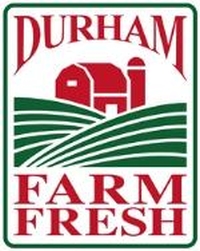 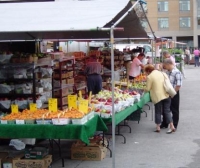 The project increase sales, the number of farm vendors and the number of farmers' markets in the Greenbelt by recruiting new farmers diversifying products sold at markets, attracting new customers, and establishing four new urban markets. Project GREEN also brands markets as ‘Greenbelt’ markets and informs consumers on the important role farmers’ markets have in supporting local agriculture and the business of farming.