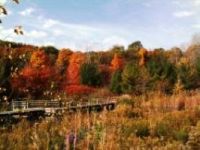 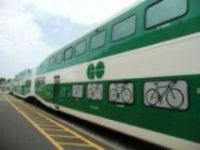 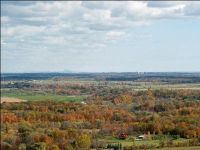 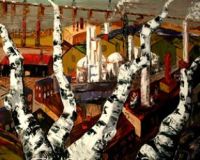 "Artists Survey: The Greenbelt" is an innovative project which reaches out to the public and an increases awareness of the Greenbelt – what it is and what it does through the eyes of the artistic community. The project consists of a main event and panel discussion in Toronto, and travels to three sites within the Greenbelt. 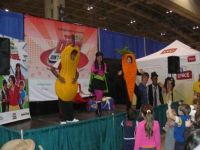 TVO Kids hosts and Envirogirl perform the “Don’t Sit Still” tour and Greenbelt performance as part of Greenbelt Day celebrations at the 2009 Royal Agricultural Winter Fair. It is a special interactive performance geared especially to kids to teach them the importance of the Greenbelt in a fun way.

Celebrate the Greenbelt with the Oshawa Generals
$5,000 - September 21, 2009
Sustainable Communities

The Foundation for Building Sustainable Communities (FBSC) coordinates a “Greenbelt Night” with the Oshawa Generals, harnessing the hockey spirit in Durham Region to celebrate the 5th anniversary of the Greenbelt. In a fun, friendly setting, the event provides an opportunity to educate the public about the benefits of the Greenbelt.