This project aims to engage Hamiltonians in on-going efforts to protect natural heritage, and potentially grow the Greenbelt. Environment Hamilton will work with municipal planning staff, local groups and residents to identify candidate lands and natural systems, and build a case of support for growing the Greenbelt. They will also work to clarify and overcome challenges to ‘Greenbelting’ lands in urban areas.

Toronto’s ravines and parks are one of the city’s most distinct features, and play an important ecological role. Toronto Park People are providing support to help the city and the province overcome the challenge in growing the Greenbelt along the Humber and Don River Valleys, and engaging an excited public in designating Rouge Park as Canada’s first urban national Park. 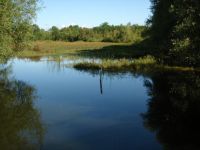 The Greenbelt protects our natural environment and water resources from the impacts of urbanization and other major developments. Its landowners, including farmers that work over 50 per cent of the landscape, maintain and restore individual features like wetlands. The benefit of this restoration is flood control, water filtration, improving water quality and climate adaptation.

This project researches new opportunities that recognize the ecological goods and services landowners provide communities when they undertake stewardship on their lands. The research looks at how to more effectively compensate these stewardship activities and improve environmental outcomes for healthy wetlands in the Credit River watershed. The Region of Peel and the Peel Federation of Agriculture are leading partners in this research.

Carved out nearly 10,000 years ago, the Dundas Valley is one of the largest glacial re-entrant valleys (a valley that collects and funnels water) along the Niagara Escarpment. The Hamilton

Conservation Foundation's 50-Year Vision for the Valley outlines ways to sustain the ecology, agriculture and recreation activities of Hamilton's environmental "jewel" as urbanization concentrates along its borders.

This project enables the Conservation Foundation to work with the community to develop priorities for the next five years. Activities include producing a strategy for biodiversity, land securement, species at risk protection, developing strategies for outdoor education, and agricultural and recreational activities that maintain and enhance the Valley.

The Canadian Institute for Environmental Law and Policy (CIELAP), a research not-for-profit organization, is examining whether existing water policies and practices contained in the Greenbelt Plan are adequately protecting water quality and quantity. The project brings together water experts in the region to form the Blue Green Group and identify significant issues of concern and ways to strengthen the Greenbelt Plan, Oak Ridges Moraine Plan and Niagara Escarpment Plan to ensure safe and abundant water resources are available to millions of residents and businesses, now and for the future.

The project builds on the vision of the Cootes to Escarpment Park System that the Royal Botanical Gardens (RBG) and partners developed in 2009.As a first step to achieving that vision, RBG is leading the implementation of a Land Securement Strategy to bring more lands, identified in the Park System Master Plan, into public hands and avoid further fragmentation of the ecologically rich and sensitive lands in the future.This vision has tremendous public support and a strong partnership with community leaders such as the Cities of Hamilton and Burlington, Halton Region, Hamilton and Halton Conservation Authorities, the Hamilton Naturalists’ Club, and Hamilton Harbour Remediation Action Plan.

As part of the Greenbelt’s 5th anniversary, the Canadian Urban Institute, a not for profit organization dedicated to creating a world of thriving, sustainable, harmonious and engaged urban regions, planned and organized a panel discussion with key players and Greenbelt stakeholders on March 1, 2010 at Hart House, University of Toronto. The “Greenbelt at Five Years: Planning for the Future” panel speakers discussed the progress made on achieving the Greenbelt’s goals and vision and opportunities and challenges it faces and how Ontario’s Greenbelt compares to international greenbelts around the world. This aided in reaching out to a new audience and fostering relationships with audiences potentially interested in defining/ researching the impact of Ontario’s Greenbelt. 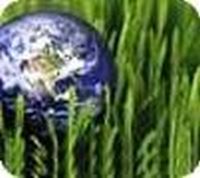 This report provides an update and expansion on the 2007 research paper, “Ontario’s Greenbelt in an International Context.” Greenbelts around the world face tremendous pressure from infrastructure expansion and resource extraction. The laws and policies protecting Ontario’s Greenbelt are some of the strongest of their kind in the world; however, there is much to be learned from challenges and successes experienced by other greenbelts that have existed for decades.