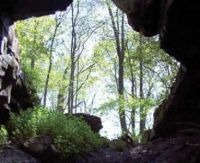 The Greenbelt protects about 535,000 acres of lakes, wetlands, river valleys and forests, providing protected habitat for wildlife and endangered species.

Ecojustice is Canada’s leading non-profit organization of lawyers and scientists, with a dedication to the environment and conservation, and a mandate to assess the effectiveness of the Greenbelt Plan with respect to provincial groundwater and wetlands conservation.

This planning grant is an extraordinary example of the partnerships forming to implement effective change throughout the Greenbelt. Ecojustice scopes the potential for a comprehensive assessment of the implementation of the Greenbelt Plan in relation to wetland protection by reviewing selected case studies, transitional developments, and plans in action. This prepares the group to identify issues and geographic areas where implementation needs improvement, or where the Greenbelt Plan may need refinement.

This ecological area is the only remaining contiguous area of habitat from Lake Ontario to the Escarpment not broken by a 400-series highway.

The Royal Botanical Gardens’ Land Management Strategy helps to preserve the beauty and wildlife of Cootes Paradise, which has attracted artists such as Robert Bateman, birdwatchers from around the world, and thousands of locals to hike its trails and paddle its waters.

This community-based conservation and land management plan protects 4,000 acres of natural Greenbelt lands from the impacts of nearby urban development. The planning process is led by an advisory group of local stakeholders and the project is overseen by experts in a diverse group of organizations, including conservation authorities, and regional and municipal governments. A final report recommends action items for each partner group who has committed to implementing the plan within five to seven years.

Only 11% of Canada’s land can support agricultural production, and Ontario boasts 52% of all of Canada’s class 1 farmland.

The Ontario Farmland Trust is an organization devoted to protecting and promoting Ontario farmland by working directly with farmers, rural communities and other interested parties.

Keeping Greenbelt Farmland in Farming involves a major campaign to encourage the donation of agricultural easements throughout the Greenbelt, aiming to establish three easements in year one, seven in year two and ten in year three. The Ontario Farmland Trust aims to impact the policy and planning process, communicating the importance of retaining active farming, local food and enjoying the countryside. 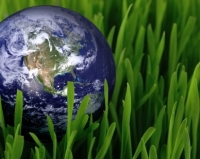 The Canadian Institute for Environmental Law and Policy (CIELAP), a research not-for-profit organization, looked at greenbelts across North America as well as in international jurisdictions such as England, the Netherlands and Germany, producing a report on best practices and lessons learned of managing and sustaining greenbelts into the future.

Environmental Defence Canada is the coordinating organization for the Ontario Greenbelt Alliance, a coalition of groups who share a common vision for improving Ontarians' quality of life and protecting valuable agricultural and environmental lands.

Building upon the success of the Alliance, Environmental Defence’s Greenbelt-wide network draws on the collective expertise of Alliance members, municipal leaders, farmers and other professionals. The network is essential in fostering municipal compliance and implementation of the Greenbelt Plan through innovative community planning, and focuses on the creation of productive connections between urban and rural organizations.

The Greenbelt is connected to wetlands and waterways which provide clean, fresh water for about 7.5 million Ontarians. The Rescue Lake Simcoe Charitable Foundation is working to protect one of the major watersheds in Ontario’s Greenbelt. This young grassroots environmental organization has seen success over the past 3 years with campaigns such as the popular 2005 Ladies of the Lake calendar, which brought awareness to the unique challenges facing Lake Simcoe. The project enables the group’s continued growth and their ability to educate Ontarians about the ways the Lake can be saved from ongoing pollution runoff and deteriorating quality using the Greenbelt as a forum for change. 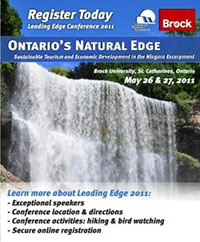 The Niagara Escarpment Commission, in association with the Ontario Heritage Trust, presents the Leading Edge Conference, which includes keynote presentations as well as 20 paper presentations featuring the most current research on the Escarpment and related issues presented by a wide variety of experts. The conference is instrumental in Niagara Escarpment’s UNESCO World Biosphere Reserve designation; namely, in the areas of community involvement, scientific research, environmental monitoring and demonstrations of sustainable development.