Tales from Niagara: Dillon's Distillery and the art of distinctly Niagaran gin 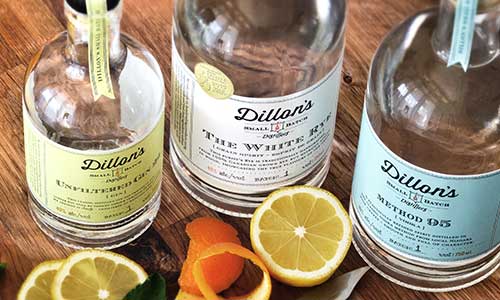 Tales from Niagara is a blog series focused on the people and places that make Niagara’s Greenbelt great. The series will cover everything from local businesses, to seasonal events, to life on Niagara farms. Look out for our upcoming posts to stay up-to-date and informed on exciting going-ons in Niagara's Greenbelt.

Local Niagara fruit and herbs are being used to concoct something delicious.

Dillon’s Distillery has been using locally grown grapes, cherries, and pears, coupled with select botanicals to craft a new Niagara classic. No, it’s not wine, and no, it’s not a pie - it's small-batch unfiltered gin. 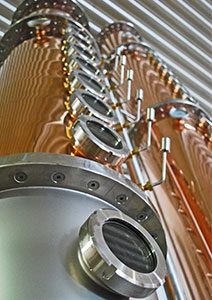 Launched in 2012 by partners Geoff Dillon and Gary Huggins, with Geoff's father, Peter, as the engineer, the Beamsville-based distillery has tapped into the growing customer demand for specialty craft spirits and beer.

Just two years out,  Dillon's Distillery already has an impressive product list. In addition to their collection of unfiltered, rose, strawberry, and cherry flavoured gins, Dillon's also makes its own vodka, white rye, pear eau-de-vie, and a wide collection of bitters.

And since 2013, they’ve been aging rye whiskey, made entirely from Ontario rye grain, in a pure Canadian oak barrel. This all-Canadian rye whiskey is expected to launch in early 2016.

Dillon’s innovation isn't just in its product range, it's also they put into it!

The distillery's made a name for itself by partnering with local farms and businesses in Niagara, and the Beamsville location has proved to be valuable in sourcing local ingredients. Dillon’s takes advantage of being in an area teeming with vineyards, opting to use grapes, rather than the traditional grain, as the base for their gin. This novel approach results in a distinctly different taste from traditional gins, a taste that has been instrumental to the distillery's success.

But there is more to Dillon’s than just the liquor. A trip to the distillery gives visitors a chance to tour the site and learn about the distilling process.

Want to show-off impressive bar-tending skills at your next party? Dillon’s also sells its own brand of glassware, ingredients, and condiments--from Canadian made tonic syrup to a speciality caesar mix-- to complement the perfect drink. 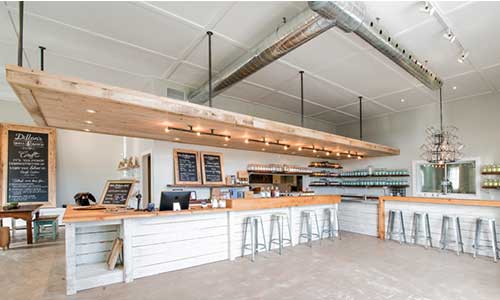 And if that isn’t enough to make you want to visit, Dillon’s has a schedule loaded with great events throughout the summer including an Oyster Fest and an outdoor Sunday brunch series with food trucks from the surrounding area. If you find yourself in Toronto, the distillery has been running the Dillon’s Cocktail Cup, a 10-month long competition showcasing bartenders and restaurants in the city.

Dillon’s products can also be found in the LCBO, but I definitely recommend visiting the distillery and taking part in some of the great events throughout the summer.