This Ain’t No Easter Island 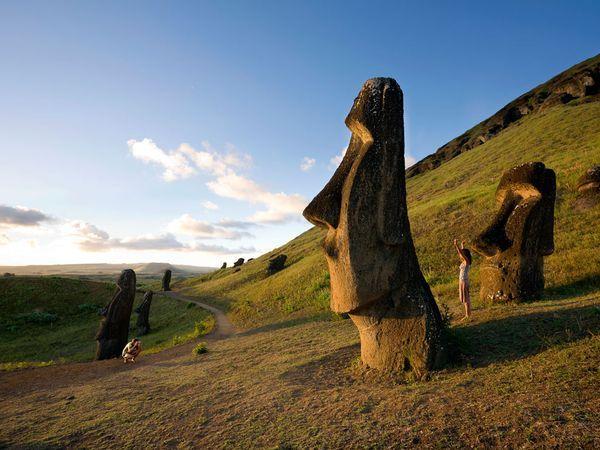 We recently released a report by Smart Cities Research titled “Inside and Out: Sustaining Ontario’s Greenbelt” regarding growth in the area nicknamed the “whitebelt”, which is the area south of the Greenbelt.

But before I share the reports conclusions, I’d like to share a quick little bit of history, which provides a dramatic parallel to our new report.

Now, we all know the story of Easter Island, a Polynesian island in the South Pacific Ocean. The Rapanui (or the Easter Islanders) created massive statues called “Moai” (see photos above). However, the construction of these large figures, which created extreme deforestation, along with overpopulation, and the overuse of other resources led to the erosion of the island’s topsoil, failing of crops, and collapse of the community and culture.

Now the parallels between the Greenbelt and Easter Island are not exactly the same. However, I think that a key element in the Easter Island story is that there was no room for growth. Unlike on Easter Island, the report by Smart Cities concludes that in the “whitebelt” there is enough land to accommodate development for several generations. In fact, expansion plans for the next 20 years in the regions of Durham, York, Peel, Halton, and the City of Hamilton only use approximately 17 per cent of the whitebelt for development. This leaves nearly 83 per cent of the whitebelt or 120,000 acres of land, untouched until 2031! Conclusion: there will be land for housing, industrial, and commercial development for decades.

As the Greenbelt Plan and the Growth Plan for the Greater Golden Horseshoe work in tandem, the study authors, Ray Tomalty and Bartek Komorowski, provide suggestions to ensure effective implementation of the Growth Plan’s vision and principles. Recommendations include ways or supporting the development of compact and transit oriented communities with a variety of housing types.

With the Greenbelt Plan and the Growth Plan working together I know that history won’t repeat itself....