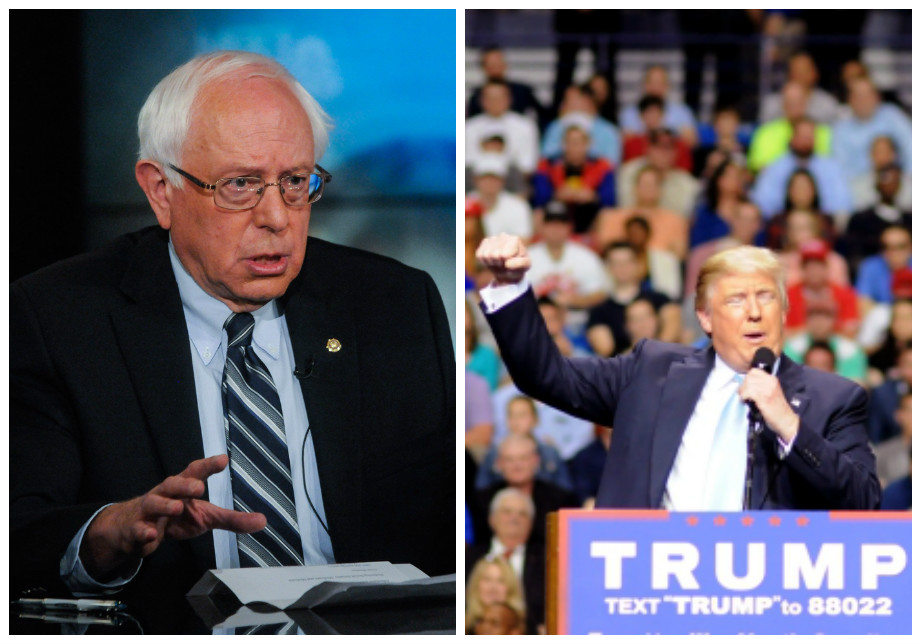 The U.S. Republican primary election is the best entertainment in town. The extreme statements by Donald Trump provide media fodder that is reminiscent of those by former Toronto Mayor Rob Ford‎. The fighting on debate stages is better than any reality TV show.‎ And now GOP elders entertain us with colourful language about the front runner.

But what's really interesting is the commonality between the rise of the unexpected candidates in both parties. Before you think me as crazy as the Donald, hear me out.

On the Democratic Party side, there is Bernie Sanders saying the other candidate is owned by Wall Street and its millions of donation dollars. ‎Sanders is financing his campaign with small donations.That message is playing well for him and has propelled him as a serious threat to Clinton. Young people in particular like that message.

On the Republican side, Donald Trump often reminds his audiences that his campaign is self-financed and that his opponents are in the pockets of lobbyists. That makes him appealing to a large portion of his supporters.

So on both sides of the aisle American voters have tired of the influence of corporate donations. They believe them to be too dominant.

A similar view is crystallizing in Ontario.‎ In particular, corporate donations to municipal candidates have long been questioned. Fears exist that elected officials are ‎influenced by donations from developers. After all, their votes to re-classify land or allowing zoning changes have huge financial implications for developers.

Corporate donations make up a big part of candidates' election budgets. According to research done by York University Professor MacDermid, in the recent election for councilors in Whitchurch-Stouffville corporate donations equaled 46.6% of political contributions. There is a lot of development pressure in that city. Compare that to Brock Township, located in the development-restricted Greenbelt, where just 5% of donations to municipal candidates came from corporations.

Toronto is the only city ‎in Ontario that prohibits corporate and union donations. The City of Ajax, led by Mayor Parrish who has never taken corporate donations, has asked the province to get the same rights as Toronto: to set their own rules for municipal campaign financing.

But really, all cities and towns in Ontario should be set free: allow them to rule out corporate and union donations. After all, that's already the case for Federal candidates. And that spares us the agony of a U.S. style election.