A symbol of death was turned into a symbol of life

Finding unspoiled nature is rare, especially in highly developed countries. So how can we protect it, how can we deal with the economic or political interests that stand in the way? Let’s have a look at Germany and an amazing example of building a new Greenbelt.

The German Greenbelt is the product of a unique development along the former inner German border between eastern and western Germany. The green band has an extension of 1,400 kilometers, is between 50 and 200 meters wide and home of thousands of species, many of them endangered.

Times of change
After the Second World War Germany was divided into two countries, East Germany and West Germany. It took nearly 40 years until Germany was reunited in 1990. The  inner German border that separated the two countries wasn’t only a border but literally it was a ‘death zone’. Nobody was allowed to enter it and in fact, a lot of people were shot for go into while trying to flee from East Germany. For decades almost nobody entered the strip with its military installations like fences, walls, minefields, guard towers, and bunkers with automated guns (see picture: inner German border). 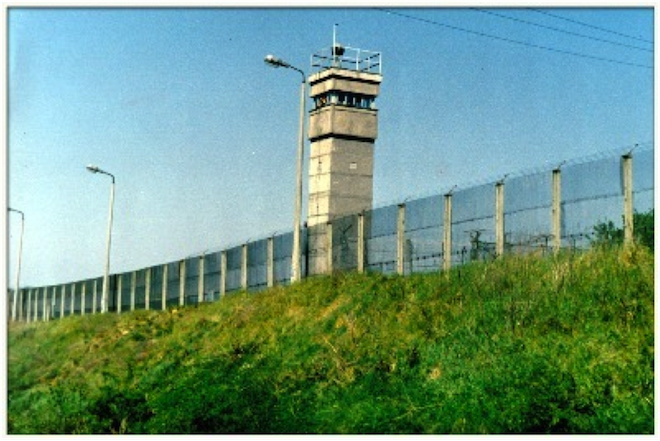 For the nature, however, this death zone became a life zone. There was almost no traffic, no infrastructure, no farming, no use of fertilizers or pesticides. And as keeping the vegetation cut so border guards can see across easily, the area couldn’t become a forest and thus preserved wildlife that needs open land.

Unique natural habitat
Already in the early Seventies ornithologists (birdwatchers) on both sides of the border spotted birds that were on the German Red List, a list of endangered species. Protecting this unique habitat became an important goal of biologists and environmentalists alike. Only a few months after the fall of the Wall, in December 1989, a grassroots movement came to life with the aim of  protecting this fantastic habitat in the middle of Europe (see picture: German Greenbelt, All rights: Klaus Leidorf). 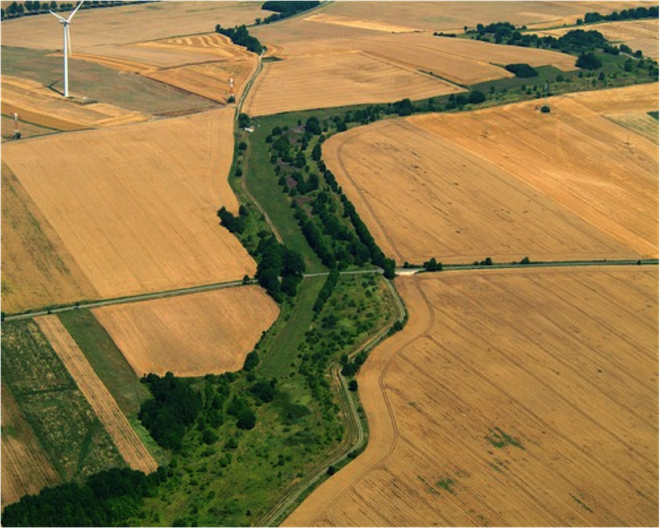 Competing interests
The mission was  a huge challenge: Many people in Germany wanted to get rid of the frontier, because they wanted a new start and overcome all signs of  separation. Farmers started to re-cultivate the land, the government built new roads and rail tracks, and negotiations about the ownership of the land began Therefore not everybody was convinced of the idea building a big natural reserve. 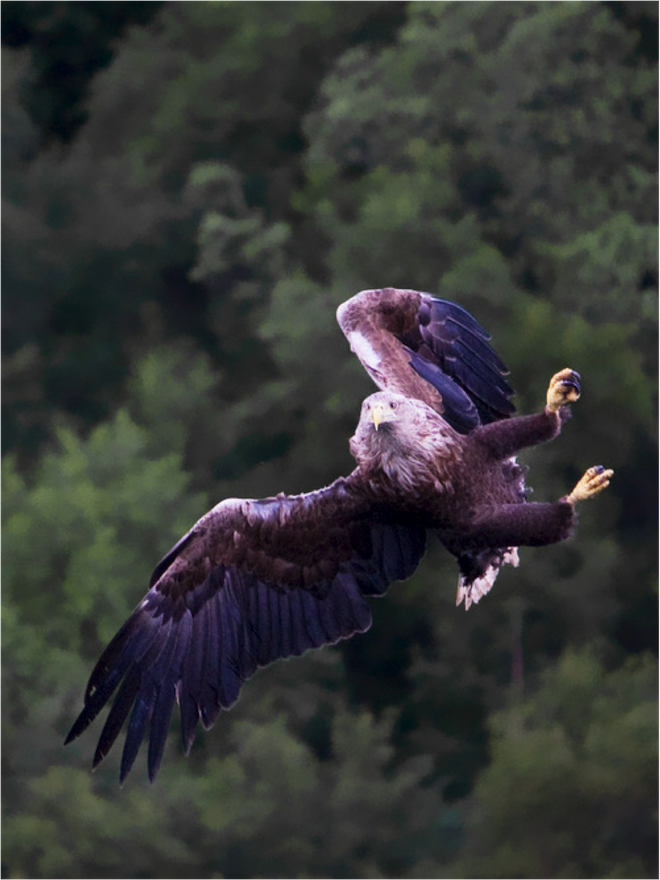 Start of the German Greenbelt
The only way to persuade and inspire people was real passion, convincing facts and strong partnerships. An important step was building an inventory of the ecosystem – with outstanding results: numerous birds, animals, insects and plants were found that existed nowhere else in Germany, for example more than 1,000 birds from Germany’s Red List and even some species that thought to be extinct. You can find the European otter as well as black storks, white-tailed eagles (see picture) and moot frogs.

To increase the power of the movement functional structures were defined. The German Greenbelt became a project of ‘Bund Naturschutz’ (Alliance for Nature Protection), one of Germany's largest environmental groups with an impressive political network and a highly respected expertise. Their accomplishments included that about two thirds of the German Greenbelt became nature reserves, so no farming or other development is allowed.

And of course money was required to buy the land; more than 60 million Euros. In 2002 the former president of the Soviet Union, Mikhail Gorbatchev, endorsed the idea of the green band by buying a “Greenbelt share”: A great success for the German Greenbelt and an incentive for many people supporting not only the idea, but also donating money. 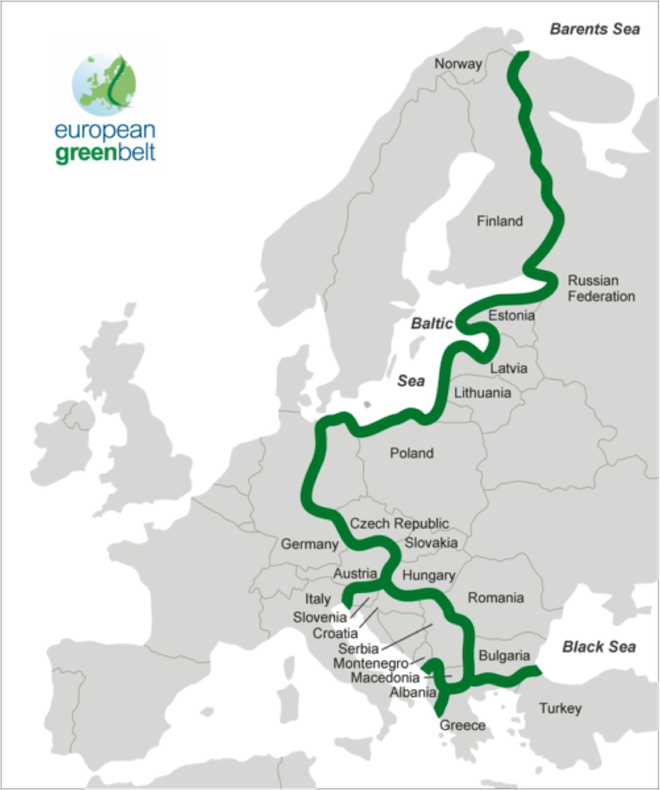 Greenbelt goes Europe
The German Greenbelt has existed  for more than 20 years and has become the backbone of the European Ecological Network. As the dead zone existed not only in Germany, but – in a modified from – along the so called Iron Curtain, the former frontier between western and eastern Europe, the idea of building an European Greenbelt has many supporters (see map of European Greenbelt).

The Green Belt now spans 24 countries, running for about 12,500 kilometers from Barrents Sea to the Black Sea. In the north it starts between Norway and Russia and goes all the way south to Bulgaria, Greece and Turkey. The Green Belt connects National Parks, Nature Parks, Biosphere Reserves and transboundary protected areas as well as non-protected areas and it supports regional nature conservation initiatives. One of the visions of the European Greenbelt is, that the endangered species living there like wolf, bear lynx or river otters will use the Greenbelt as a route for migration.

Take your time, but never give up!

The development of the Greenbelt was a huge effort – for all the people fighting for it as well as for the nature. In my opinion there are some important keys to success such as:

Can you imagine, that even 18 years after the border barrier was removed, forest deer still refused to cross the frontier in certain parts? Well, it takes a time to transform a great idea into reality, but once you started you will find a never known richness of opportunities.

About the author:
I’m Diana Scharl, a Volunteer at the Greenbelt Foundation. In my ‘real life’ I’m a public relations manager in Germany and I’m visiting Canada for two months – a fantastic experience. I’ve got the great opportunity to work with the Greenbelt Foundation in Toronto not only to improve my English skills, but also to gather international experience and exchanges ideas. For the Foundation’s blog I want to tell about some of my impressions and thoughts. I hope you enjoy it.