New Study Finds there is Enough Land for Decades: Inside and Out: Sustaining Ontario's Greenbelt 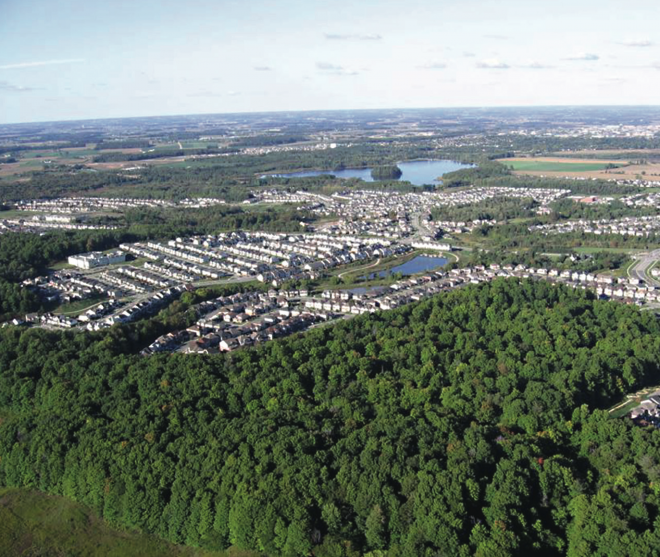 Developers, planners and environmentalists can all wave their “whitebelt” flag. A new study shows that the area between the Greenbelt and urban growth boundaries, nicknamed the “whitebelt”, contains enough land to accommodate development for several generations.

New Study Shows No Need to Encroach on the Greenbelt

(Toronto, Ontario) – Developers, planners and environmentalists can all wave their “whitebelt” flag. A new study shows that the area between the Greenbelt and urban growth boundaries, nicknamed the “whitebelt”, contains enough land to accommodate development for several generations.

In fact, expansion plans for the next 20 years in the regions of Durham, York, Peel, Halton, and the City of Hamilton only allow use of approximately 17 per cent of the “whitebelt” for development. This leaves nearly 83 per cent of the “whitebelt”, or 120,000 acres of land, untouched until 2031 providing decades of land for housing, industrial and commercial development.

“Some developers claim there isn’t enough land for development, but this study makes it clear there is enough land within the “whitebelt” far into the future,” said Burkhard Mausberg, President of the Friends of the Greenbelt Foundation. “This is a win, win situation for both developers and environmentalists, and there should be no pressure for urban expansion into the Greenbelt.”

The study indicates that there is no evidence that the Greenbelt has caused so-called “leap frog” development, that is, growth of communities north and west of the Greenbelt to accommodate people who might have otherwise settled in communities along the Lake Ontario shoreline.

As the Greenbelt Plan and Growth Plan for the Greater Golden Horseshoe work in tandem, the study authors, Ray Tomalty and Bartek Komorowski of Smart Cities Research Services, provide suggestions to ensure effective implementation of the Growth Plan’s vision and principles. Recommendations include ways of supporting the development of compact and transit oriented communities with a variety of housing types.

About the report, Inside and Out: Sustaining Ontario’s Greenbelt:

Funded by the Friends of the Greenbelt Foundation and prepared by Smart Cities Research Services, the report documents qualitative research conducted in 2010 about growth related issues that affect Ontario’s Greenbelt. The study involved analysis of secondary sources and more than 30 semi-structured interviews with a range of government, development industry, and non-government stakeholders. For copies of the report please visitwww.greenbelt.ca/research or call (416) 960-0001, ext. 309.

About Ontario’s Greenbelt and the Friends of the Greenbelt Foundation

Ontario’s Greenbelt is an example of a vibrant multi-use greenbelt that protects significant agricultural and environmentally sensitive lands from development.  Underpinned by one of the strongest legal frameworks and impressive political commitment, it provides diverse economic, environmental and social benefits to Ontarians. The Greenbelt is 1.8 million acres of potential to make Ontario a better place. The Greenbelt Foundation began in 2005 with a mandate to promote and sustain our Greenbelt as a permanent feature.

Inside and out sustaining ontario