Women in a Changing Climate

Based on the Mental Health in a Changing Climate series of reports, this short digest explores the effects of climate change on women in the Greater Golden Horseshoe.

Climate change is creating extreme and unpredictable weather patterns across the globe. While some regions are more affected than others, researchers have found universally that women are more at-risk than men from the adverse effects of a changing climate. What does this mean for women’s mental health? And how might women in the Greater Golden Horseshoe be affected?

The social positioning of women as caregivers is known to add increased psychological stress during extreme weather events. Caregivers, like nurses or hospice workers, face additional risk of mental health outcomes such as compassion fatigue (or ‘burn-out’) because of the psychological strain of taking care of people with demanding needs, while overlooking their own wellbeing. Caregiving roles also tend to be underpaid and undervalued which compounds the aformentioned stressors.

Race and culture intersect with gender to add additional layers of risk. In Canada, Indigenous women, for example, are on the front lines of climate change, facing displacement from their traditional territory due to environmental changes, such as melting permafrost in the North. 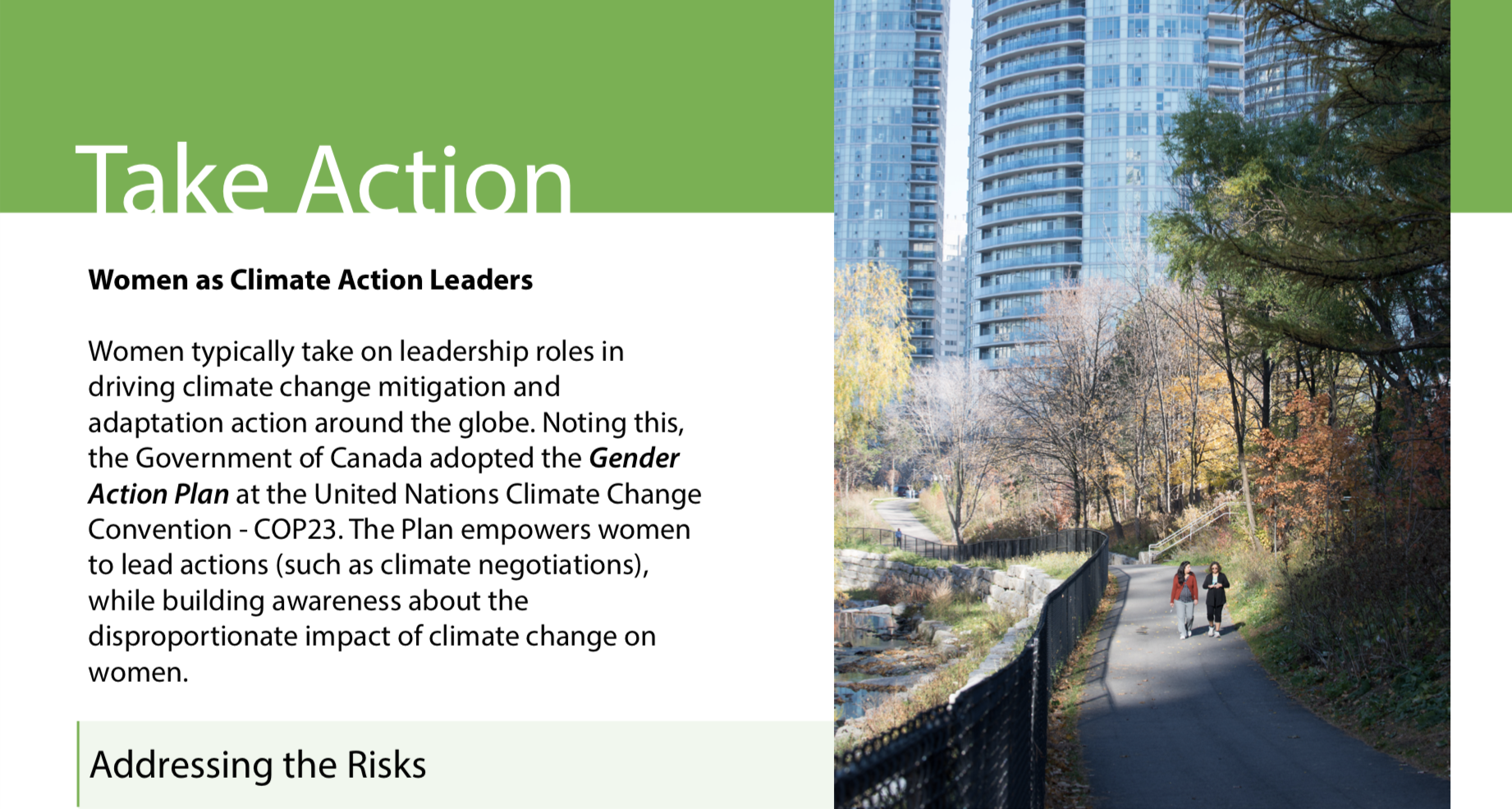 The Greenbelt Foundation is committed to supporting ongoing research into the impacts of climate change on Ontarians. This research is particularly important for broadening public understanding of how climate change affects specific groups in society. Research demonstrates that at-risk groups, such as certain demographics of women, particularly women in caregiving roles, require additional pyschosocial support, including financial and physical access to mental health care. Some programs in the Greater Golden Horseshoe geared to supporting women affected by climate change include:

Good Grief Network is a digital platform by women for women that provides a 10-step program to help users navigate the mental health consequences of climate change.

Transition Towns are community groups that address peak oil, climate change, and environmental degradation throughout Canada and host ‘heart and soul’ gatherings that explore social and emotional responses to a changing climate.

The Native Women’s Association of Canada engages in national and international climate change discussions with the aim of advocating for the rights and interests of Indigenous women.

The Ontario Indigenous Women’s Water Commission promotes Indigenous women as caretakers of water by engaging in traditional practices, participating in education and planning on water issues, and facilitating networking opportunities.

Download or print a 2 page PDF of Women in a Changing Climate.